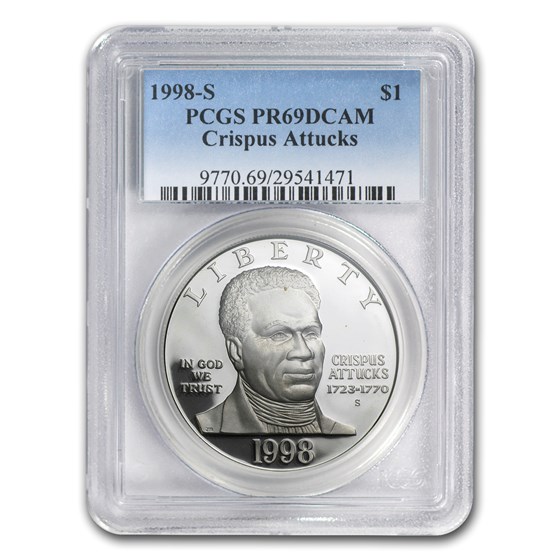 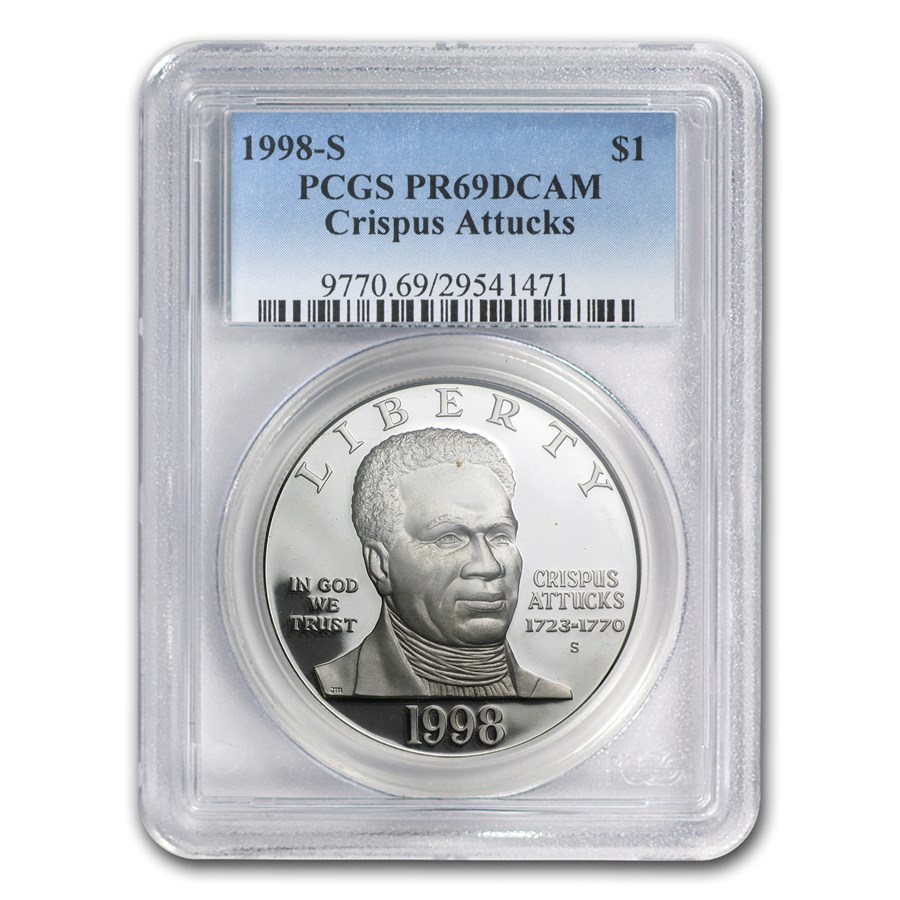 Your purchase will match the quality of the product shown.
Product Details
Product Details
This Silver Dollar commemorates the Black Revolutionary War patriots and the 275th anniversary of the birth of Crispus Attucks, the first patriot killed in the infamous Boston Massacre in 1770.

This event helped to inflame the passions of Americans leading up to the Revolutionary War.

Coin Highlights:
Protect and display your Black Revolutionary War Patriots $1 Silver Commemorative coin in style by adding an attractive display or gift box to your order.