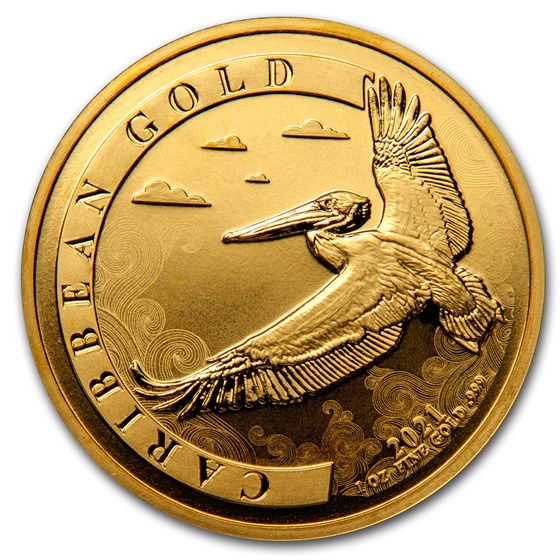 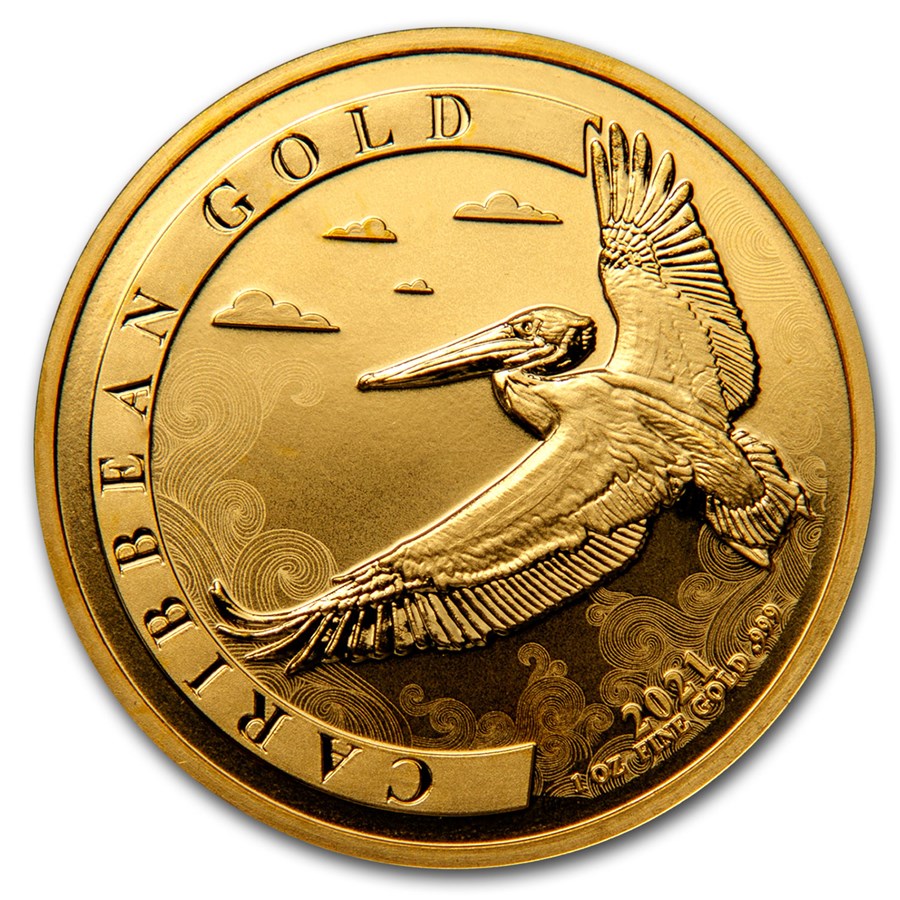 Product Details
Product Details
This bullion Gold coin issued by the country of Barbados features one of the icons featured in the Barbados Coat of Arms, the pelican. This APMEXclusive® has a limited mintage of 100 coins.

Another great addition to the Caribbean series. Add this beautiful Pelican coin to your cart today!

Caribbean Series
This is the second release in this series featuring the national bird of Barbados, the Brown Pelican. Brown Pelicans have a dark body, an oversized bill, and a sinuous neck. This pelican is the smallest pelican species with an average length of 4-feet. Also featured in this series is the Seahorse, which like the pelican features a yearly changing design. This series of Caribbean Gold & Silver has become very popular amongst investors and collectors alike and is exclusively available at APMEX.

MDM Mint
APMEX has partnered with MDM Mint to bring you these beautiful Caribbean Pelican coins. MDM, short for Münzhandelsgesellschaft mbH & Co. KG German Coin, is one of the largest international mints and is also a member of the Richard Borek Group. Founded in 1893, this group is an internationally active coin trading company that is one of the world market leaders for precious metal collectibles.