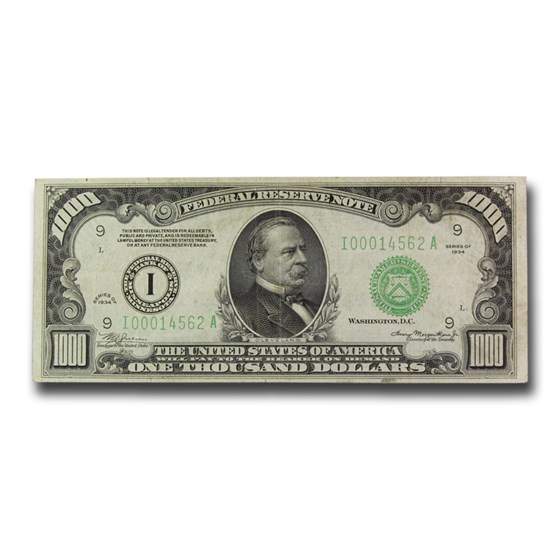 Product Details
Product Details
Superb Series 1934 $1,000 FRN from the very scarce Minneapolis District! These notes circulated for many years before they started being removed from circulation. Banks are now instructed to have these notes destroyed!