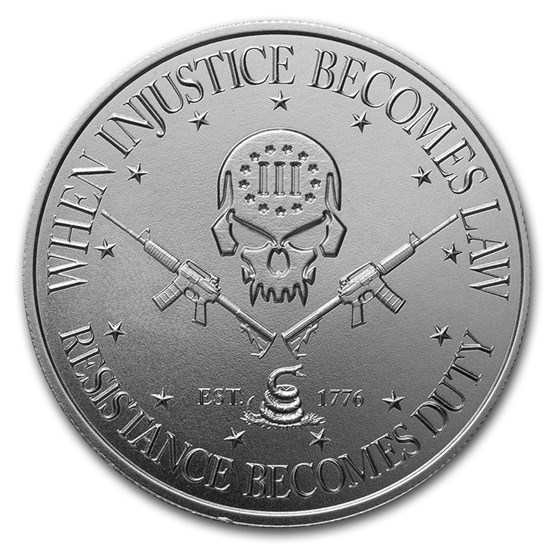 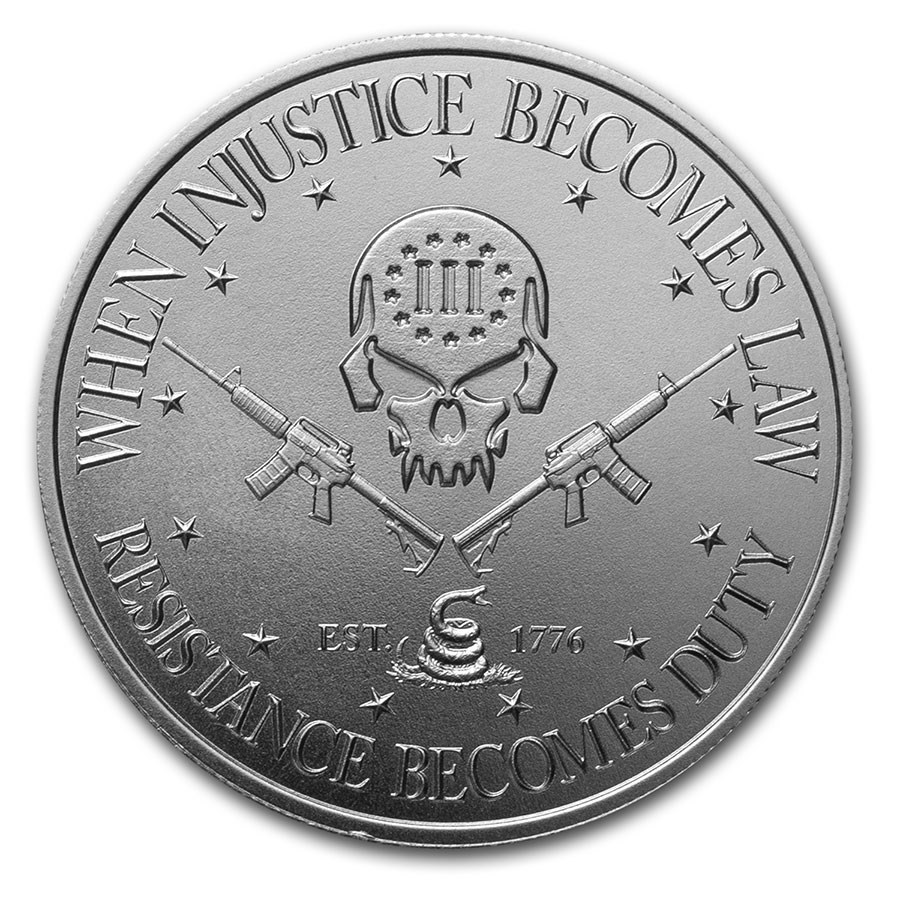 2020 2 oz Silver Round - Temptation of the Succubus BU

1 oz Silver Round - Don't Tread on Me

Product Details
Product Details
This 2 oz Deuce Head Four Skull Silver round is now available in high relief. The skull is often used for intimidation and as a means to strike fear in those who may face this image.

The deuce head four skull as a symbol is often used for intimidation and as a means to strike fear in those who may face this image. This is especially true when paired with the iconography representing the 3 Percent, a claim that the historical American Revolution armed resistance constituted only three percent of the population.