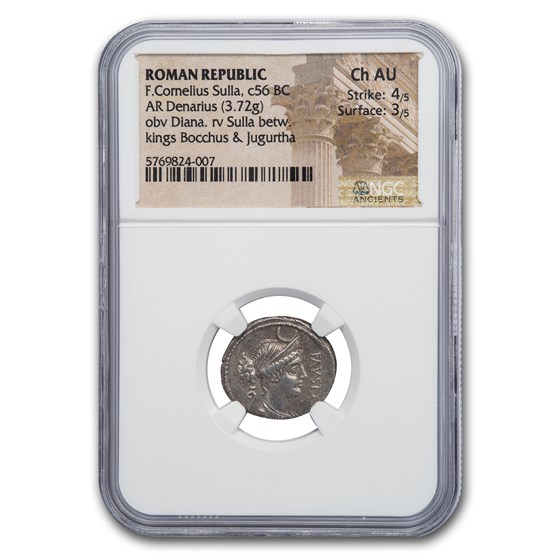 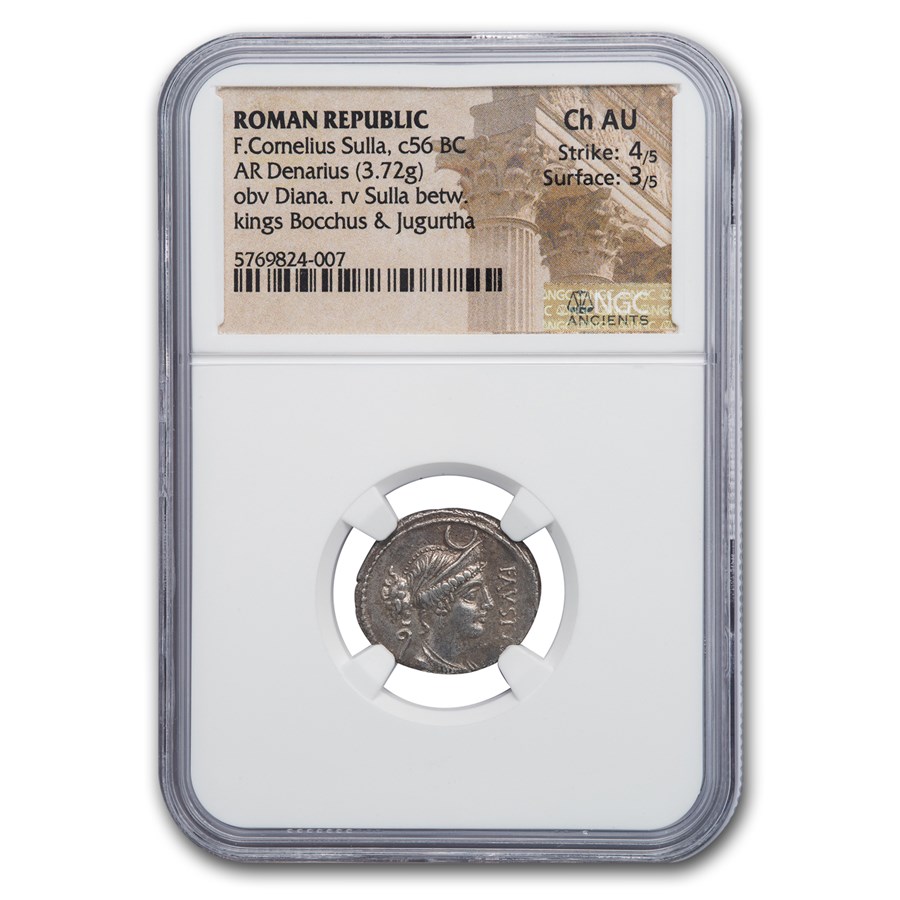 The product pictured is the exact product you will receive.
Product Details
Product Details
This attractive coin features Sulla's victory in the Jugurthine war with Sulla triumphant over the defeated eastern Kings. Crawford 426/1.

Coin Highlights:
Protect and display your Silver Denarius in style by adding an attractive display or gift box to your order.

Add this Silver Denarius from the time prior the impressive rise of the Roman Empire to your collection today!