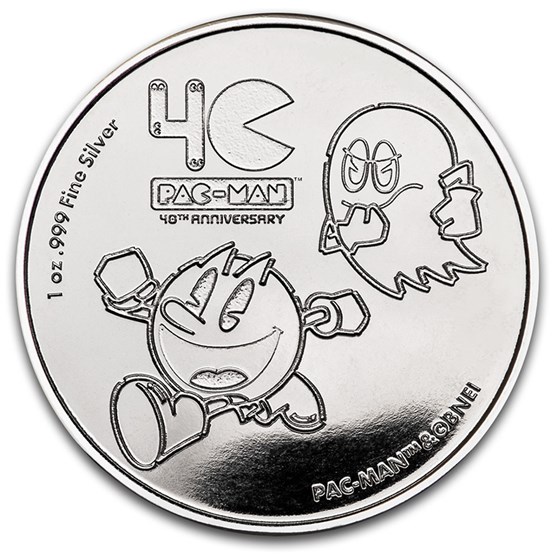 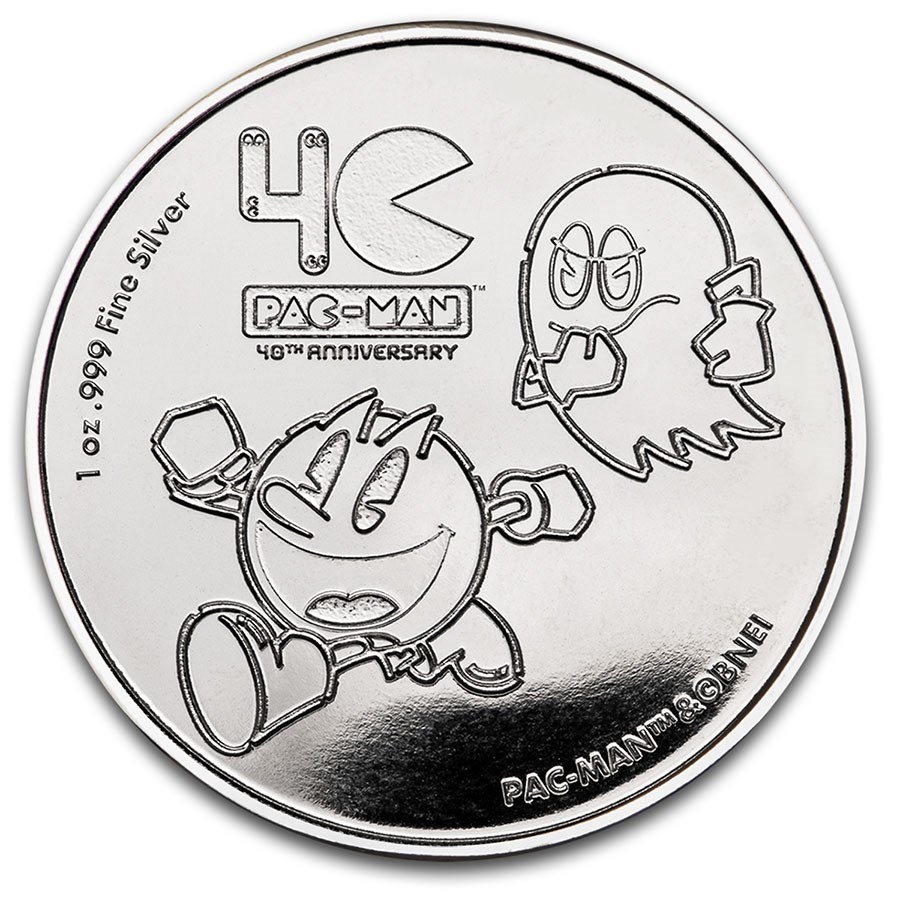 Your purchase is guaranteed to match the quality of the product shown. It will not be this exact item.
Product Details
Product Details
Available exclusively at APMEX, celebrate the 40th Anniversary of the video game icon PAC-MAN™ with this .999 fine Silver Proof coin! This officially licensed PAC-MAN™ coin comes in an PAC-MAN™-branded box with a certificate of authenticity.

Claim one of these highly collectible proof coins stamped in .999 fine Silver and protected in a special PAC-MAN™ box with COA. These official PAC-MAN™ 40th anniversary coins make the perfect gift for video game fans and coin collectors alike.

BANDAI NAMCO Entertainment America Inc., part of BANDAI NAMCO Holdings Inc., is a leading global publisher and developer of interactive entertainment for all major video game consoles, iOS, Android, and online platforms. The company is known for creating and publishing many of the industry’s top video game franchises including PAC-MAN®, GALAGA®, TEKKEN®, SOULCALIBUR®, and ACE COMBAT®. BANDAI NAMCO Entertainment America Inc. is the premier publisher in the Western hemisphere for anime based video games including NARUTO SHIPPUDEN™, DRAGON BALL Z®, and ONE PIECE®. More information about the company and its products can be found at http://www.bandainamcoent.com or www.facebook.com/BandaiNamcoUS.