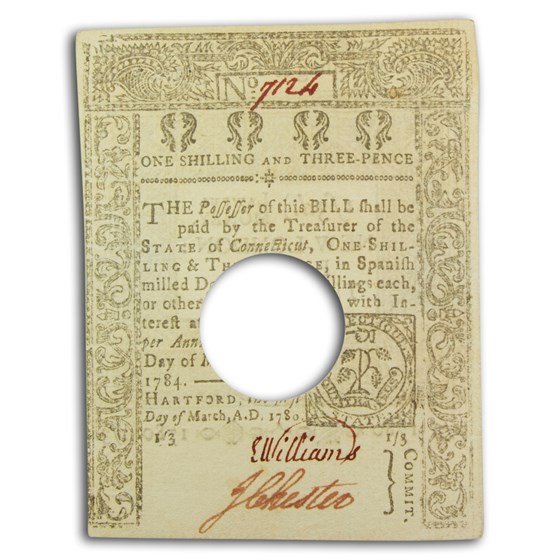 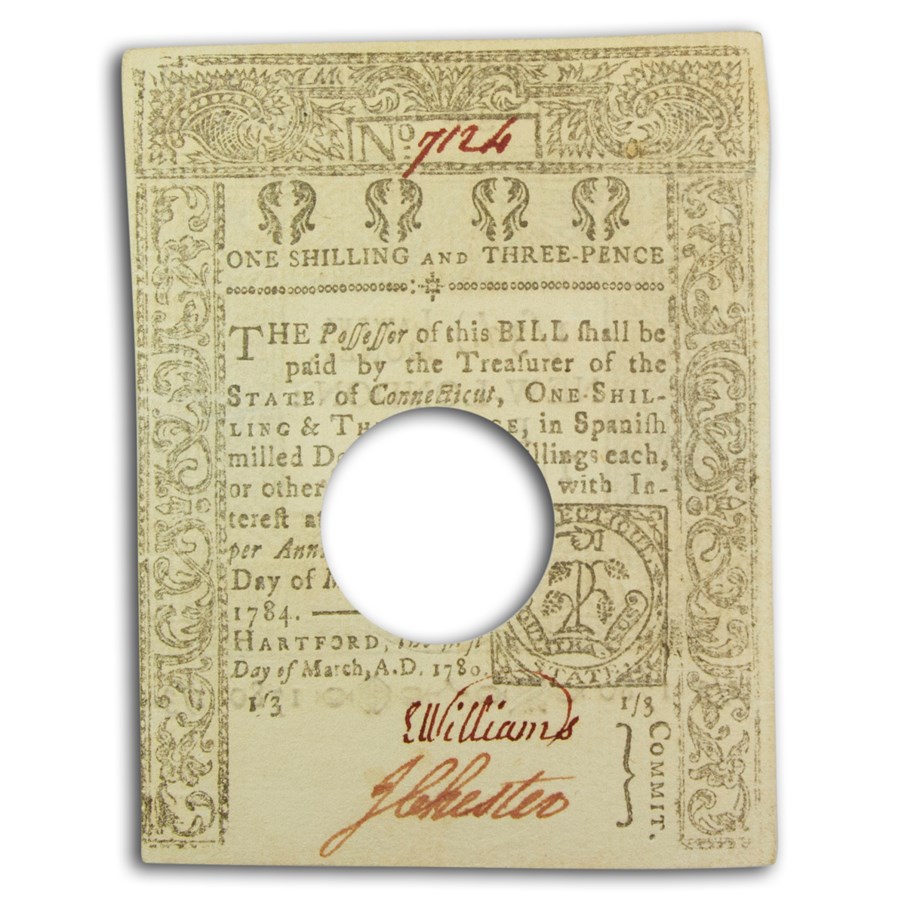 Product Details
Product Details
Nice Connecticut Colonial note and one of the last issues to be denominated in British coinage as we declared our independence from Britain in this month. This note has been cancelled.