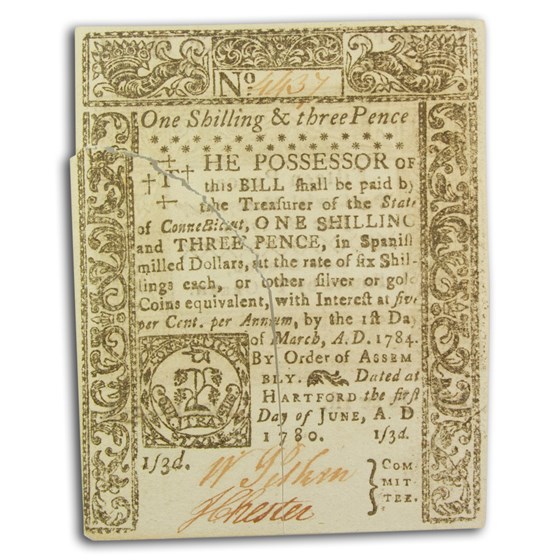 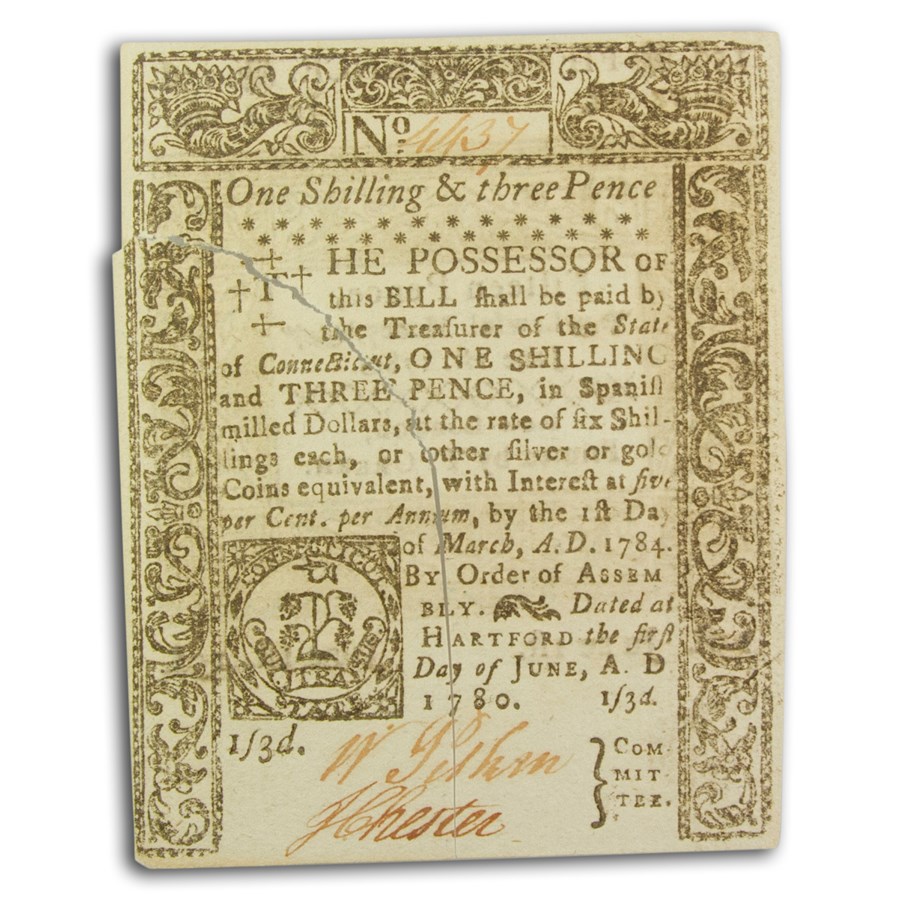 Product Details
Product Details
Nice Connecticut Colonial note and one of the last issues to be denominated in British coinage as we declared our independence from Britain only 1 month later. This note has been cut cancelled.