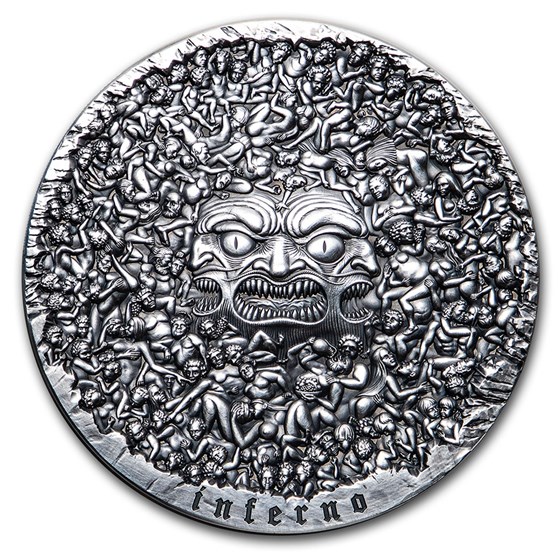 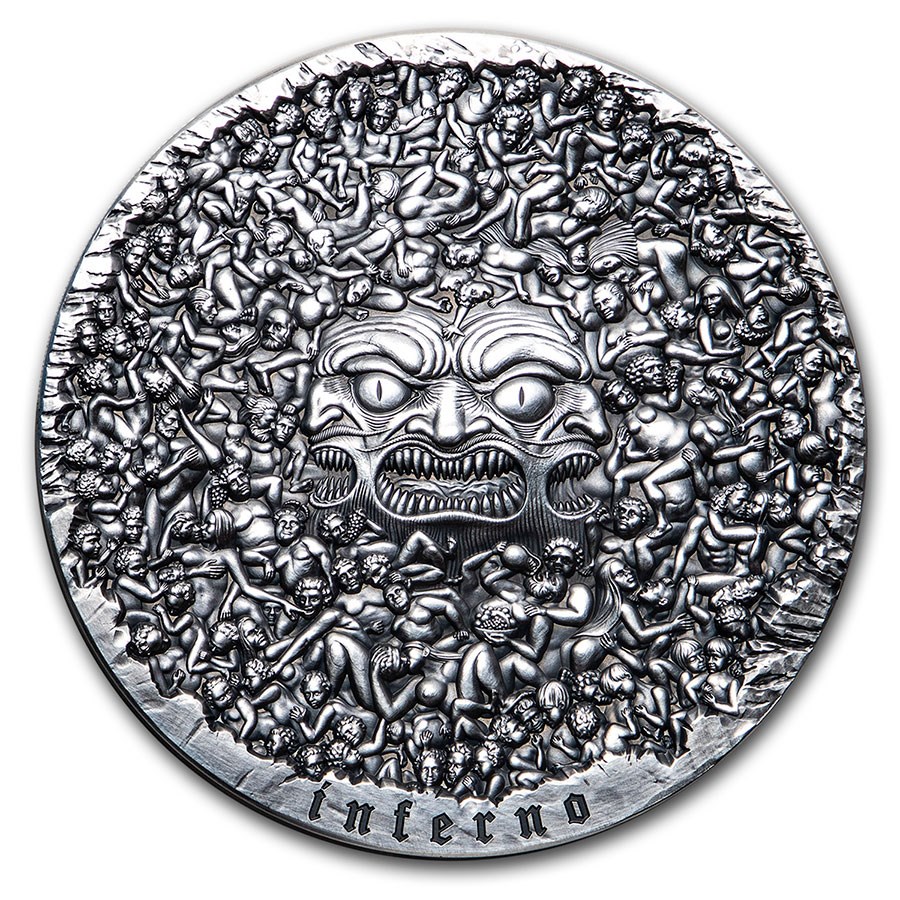 Your purchase is guaranteed to match the quality of the product shown. It will not be this exact item.
Product Details
Product Details
This Antique High Relief coin commemorates the 700th anniversary of "The Divine Comedy" written by Dante Alighieri. This hand-polished coin has a mintage of only 333 pieces.

This antique finish coin is beautifully detailed and brings Dante's work to life. Add this Silver The Divine Comedy coin to your cart today!

One of the most well-known works of all times and places is the 14th Century epic poem "The Divine Comedy". Dante completed this work a year before his death in 1321.