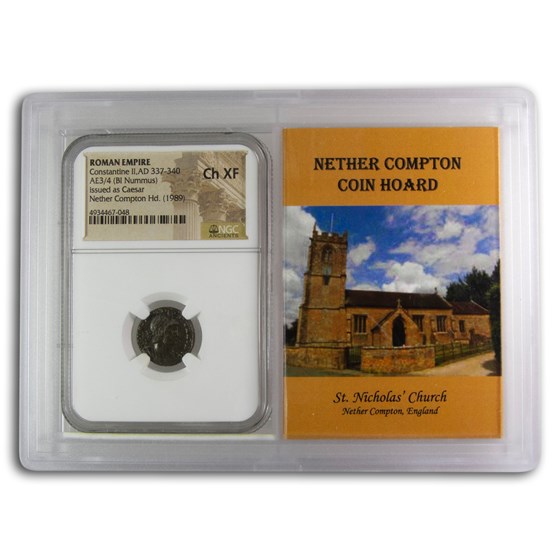 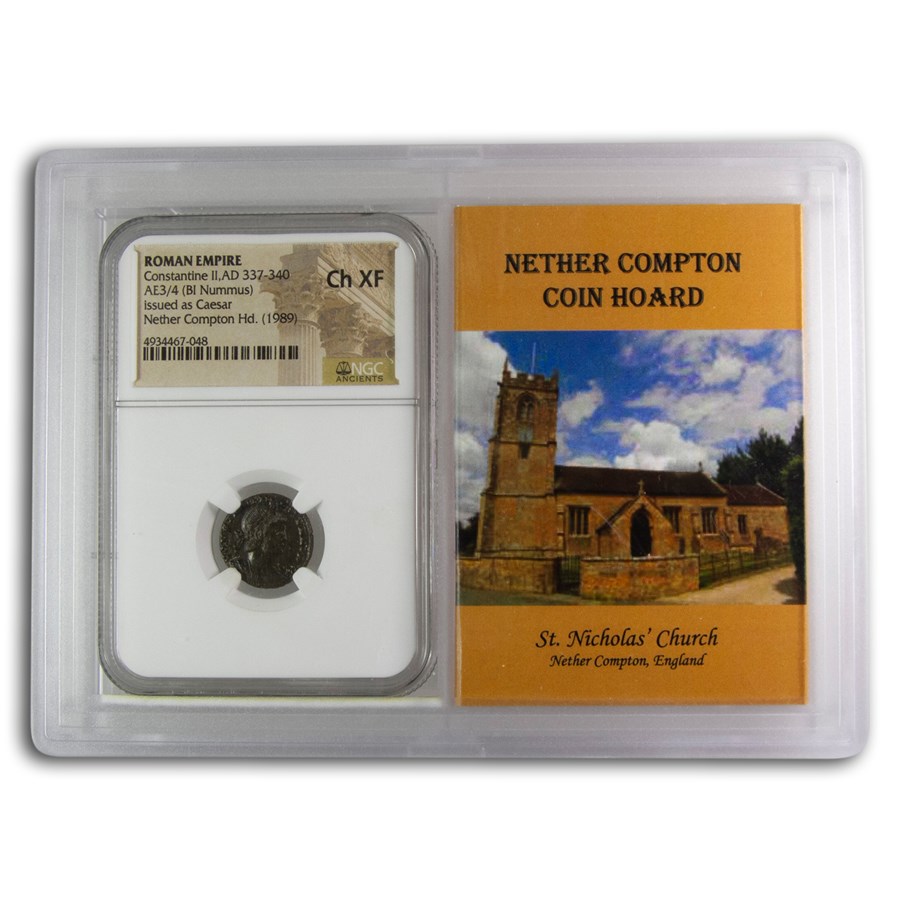 Product Details
Product Details
Only $64.99 per coin
On February 19,1989 an amateur metal detector's discovered an pot containing 22,500 Billon Nummus. Local legends around Nether Compton say that a an Ancient Roman Villa existed around the area the hoard was discovered but this has never been verified.