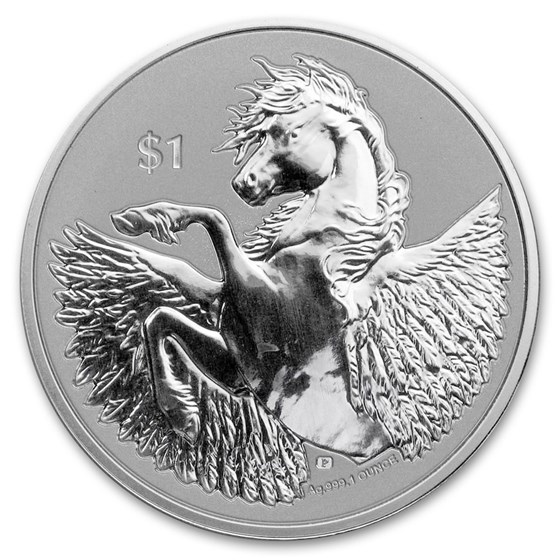 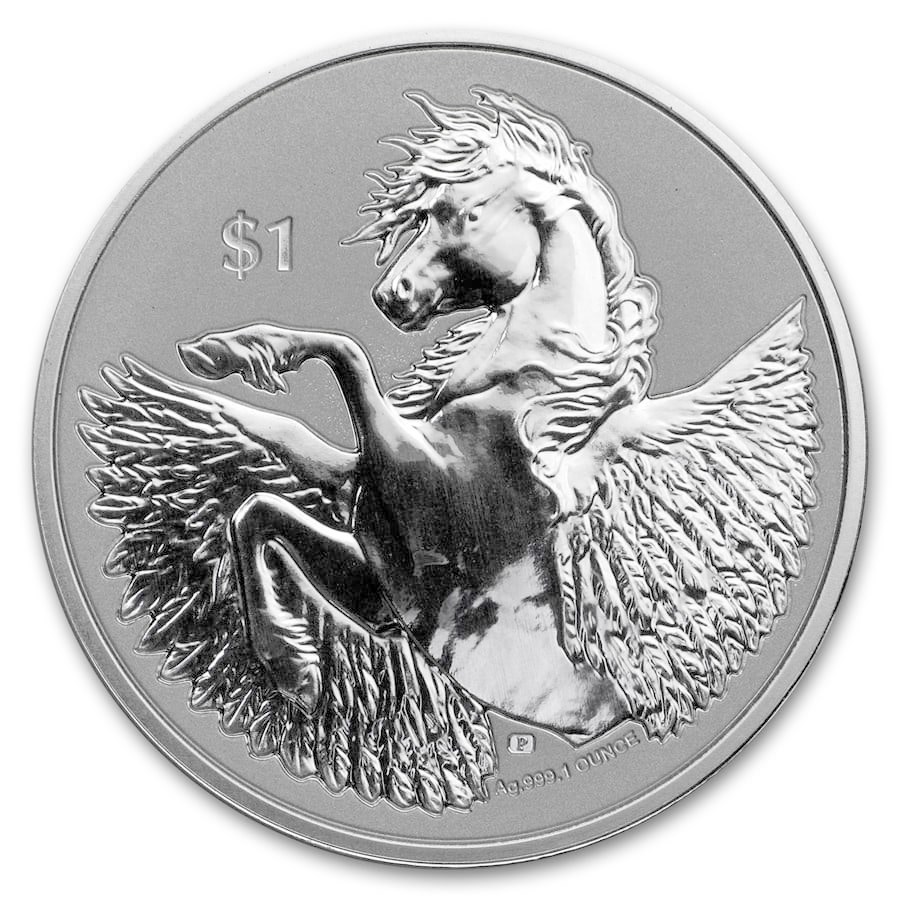 Product Details
Product Details
The fifth release in the popular Pegasus bullion coin series comes with an extremely limited mintage of only 10,000 coins worldwide and features Pegasus, the mythical horse along with a revamped finish.

This coin would be a great addition to any coin collection. Own the fifth release of this exciting bullion series minted for the British Virgin Islands by adding this stunning 1 oz Silver Pegasus Reverse Frosted BU coin to your cart today!

Great addition to my "mythical animals" collection. The brilliant chrome finish on Pegasus hinders one's ability to enjoy the detail on the body. The Queen's image on the reverse is the most attractive one I have seen on a coin.