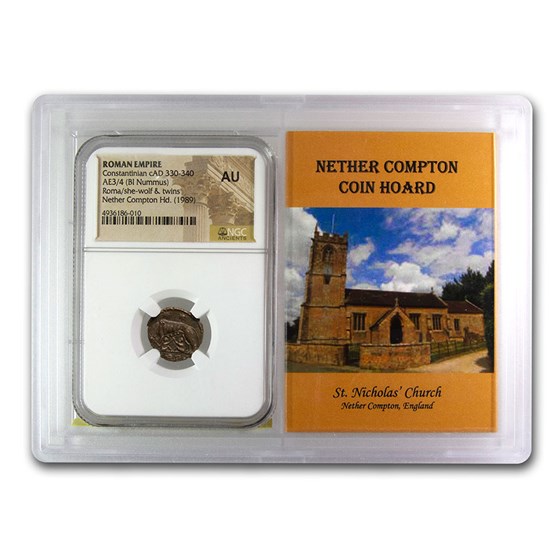 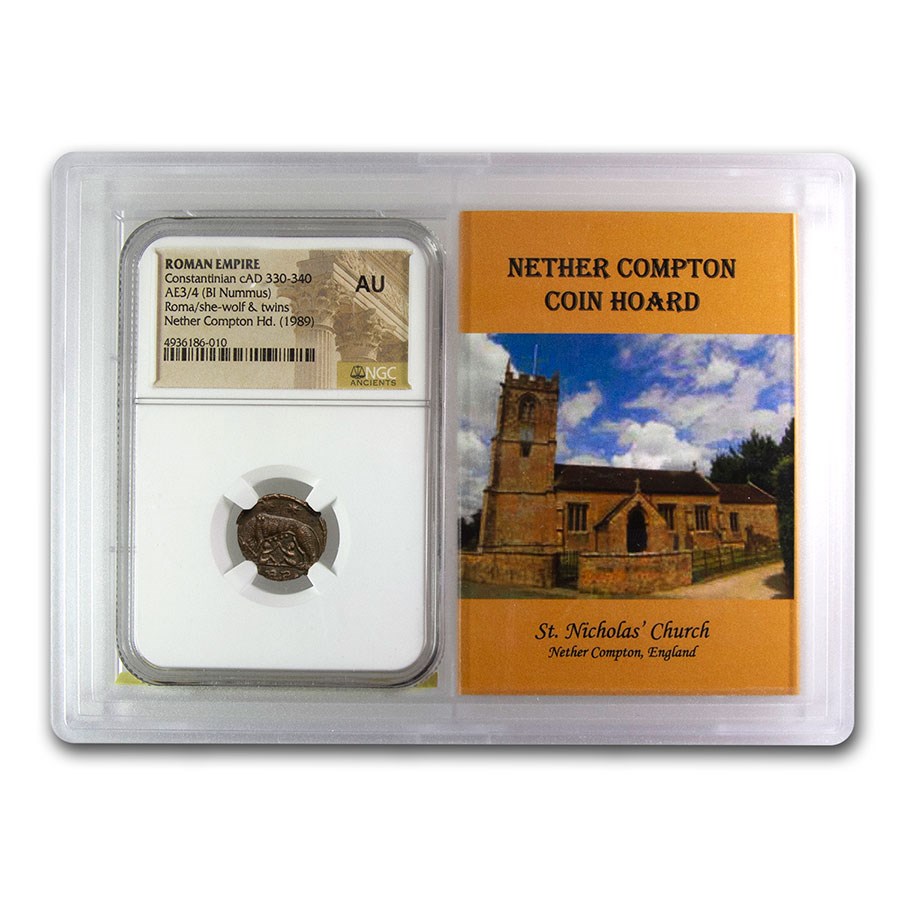 Your purchase will match the quality of the product shown.
Product Details
Product Details
Only $129.99 per coin
The Nether Compton hoard was composed of three main types of Nummus being the she wolf and twins Urbs Roma type, a number of constantinopolis commeomratives and the Gloria Exercitvs series which featured two soldiers celebrating bravery in combat.