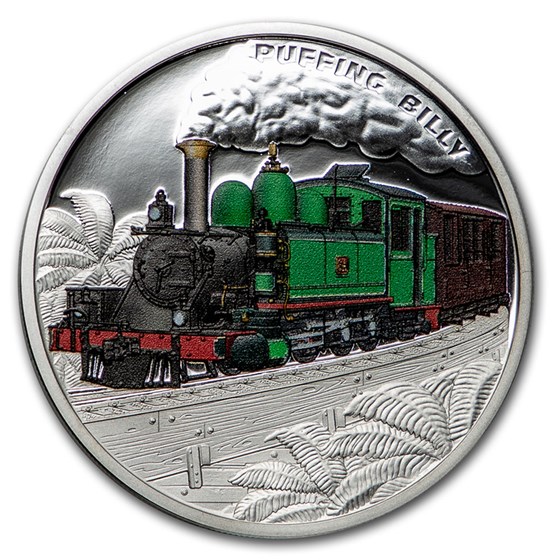 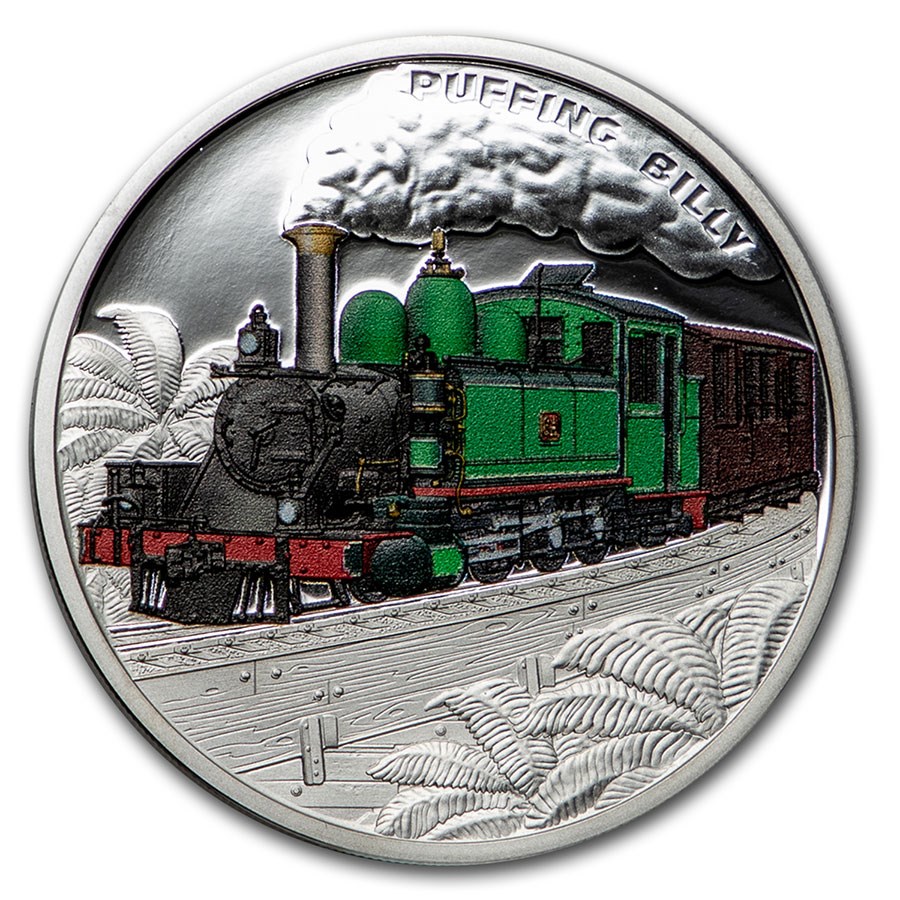 Product Details
Product Details
This beautiful Silver Proof coin celebrates the 120th anniversary of the a train line that runs through the picturesque mountainous region in Victoria. Mintage is 1,000 worldwide.

An iconic Australian landmark to add any collectible collection. Add this 2020 1 oz Silver Proof 120th Anniversary of the Puffing Billy Railway coin to your cart today!

The Puffing Billy Railway train opened in 1900 and runs through the mountainous region of the Dandenong Ranges in Victoria. One of the preserved steam railways in the world and now is a major tourist attraction.