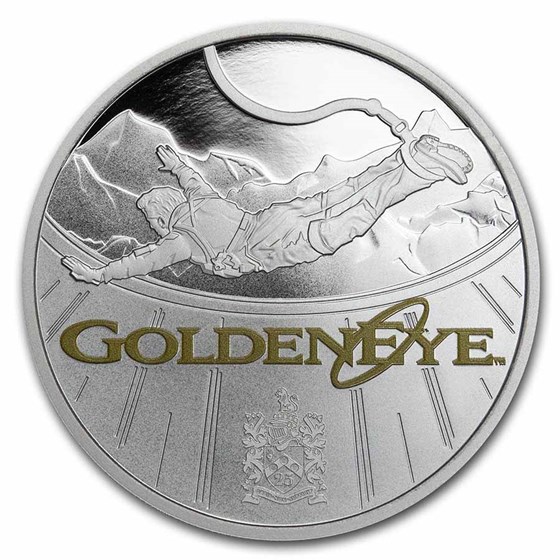 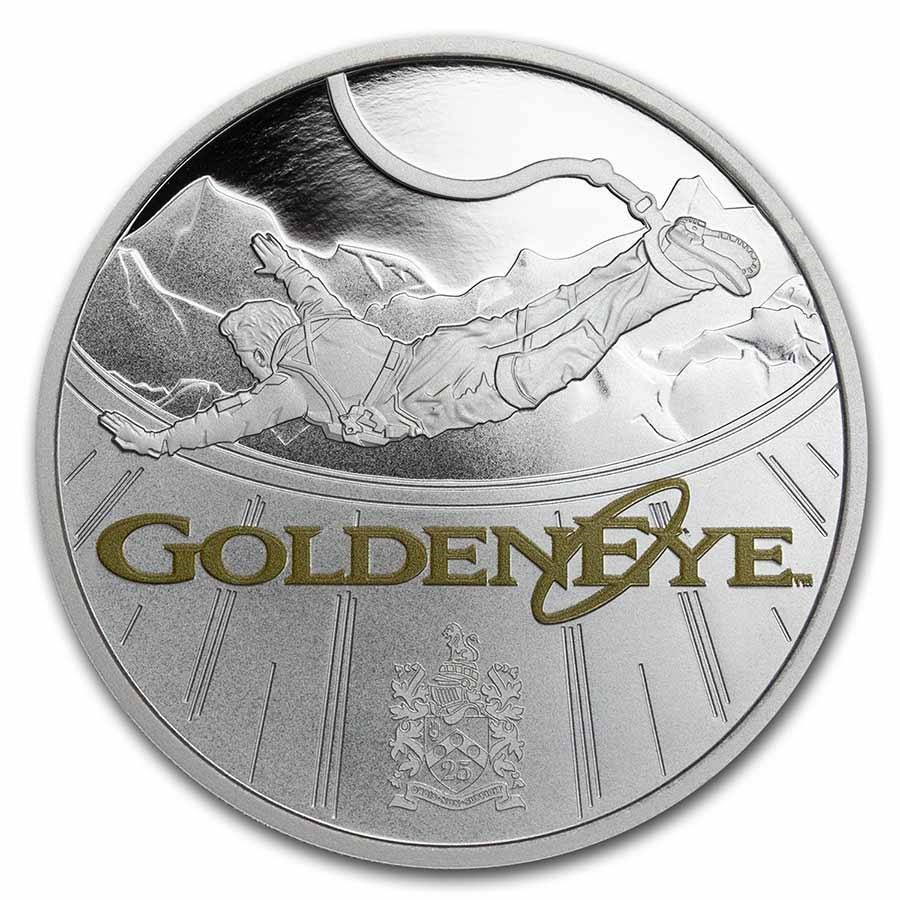 
This special release will be a true collector item for years to come! Order this 2020 Silver James Bond GoldenEye Proof coin today!

James Bond is a fictional British Secret Service Agent created by author Ian Fleming in 1953. Producers Albert R. ‘Cubby’ Broccoli and Harry Saltzman brought Bond to cinema screens for the first time in 1962 with Dr. No. More than 50 years later James Bond continues to entertain and excite audiences around the world in one of the longest running and successful film franchises.

The spy has been portrayed by six actors to date, each bringing their own flair to the role. The star of four Bond movies between 1995 and 2002, Pierce Brosnan captured the timeless appeal of the character in a new world of high-technology and post-Cold War intrigue.

GoldenEye saw James Bond on the trail of Alec Trevelyan, a vengeful rogue agent who is in possession of a terrifying satellite-borne weapons system. The opening sequence, in which James Bond bungee jumps from the top of a dam wall, is regarded as one of the best movie stunts of all time.

I remember when I played the Iconic 007 Goldeneye N64 video game when I was 5 years old. Once I seen Apmex selling this one of a kind coin, I knew without hesitation, I had to have it! Thank you Apmex for making this happen by selling me a piece of memory to my great childhood times!