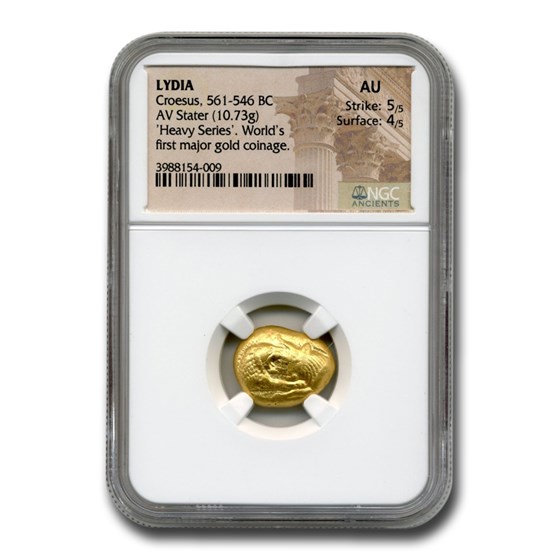 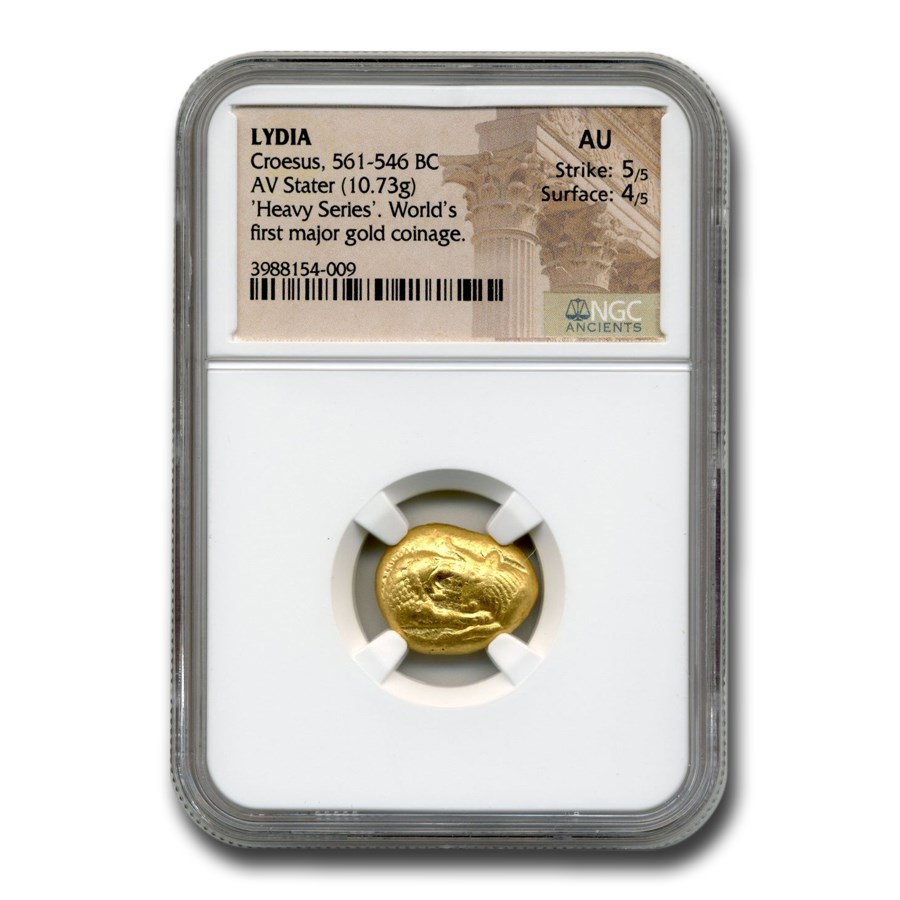 Your purchase will match the quality of the product shown.
Product Details
Product Details
The Lydian stater was the first pure Gold coin officially issued by a government in world history and was the model for virtually all subsequent coinage.

Protect and display your Gold Stater in style by adding an attractive display or gift box to your order.

Add this Lydian Gold Stater to your cart today!