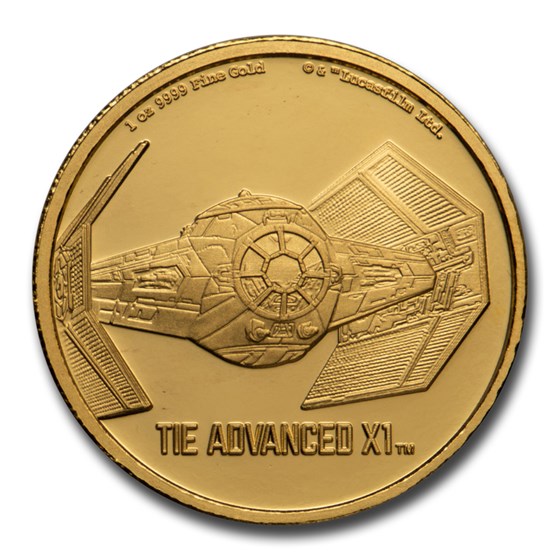 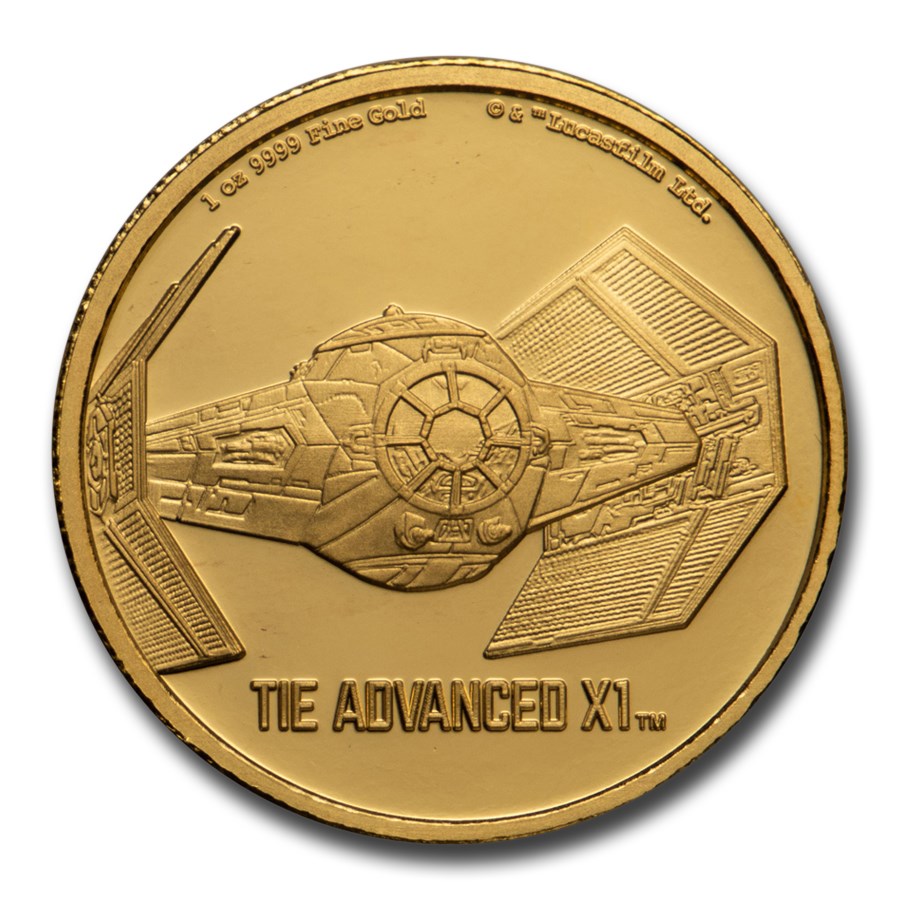 $35.43
Any Quantity
Product Details
Product Details
This officially licensed STAR WARS 1 oz Gold coin features the feared TIE Advanced X1 and has a micro-mintage of only 50! Also included is a display case and a numbered certificate of authenticity.

Unique micro-mintage which will be available to only a few collectors worldwide. The new Star Wars™ Ships series from the New Zealand Mint starts with one of the most famous starships from the legendary STAR WARS™ saga - the TIE Advanced X1™.