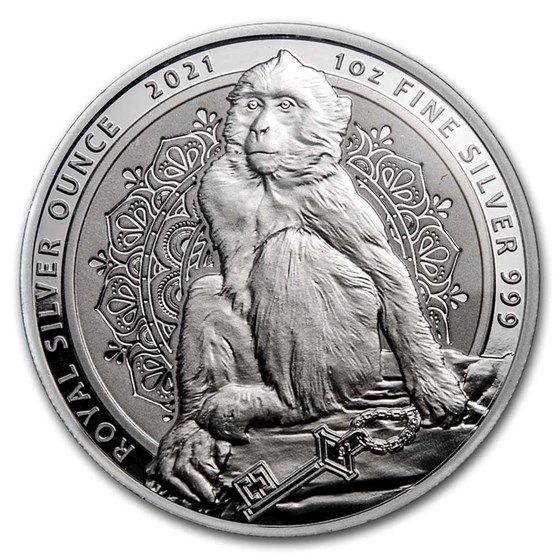 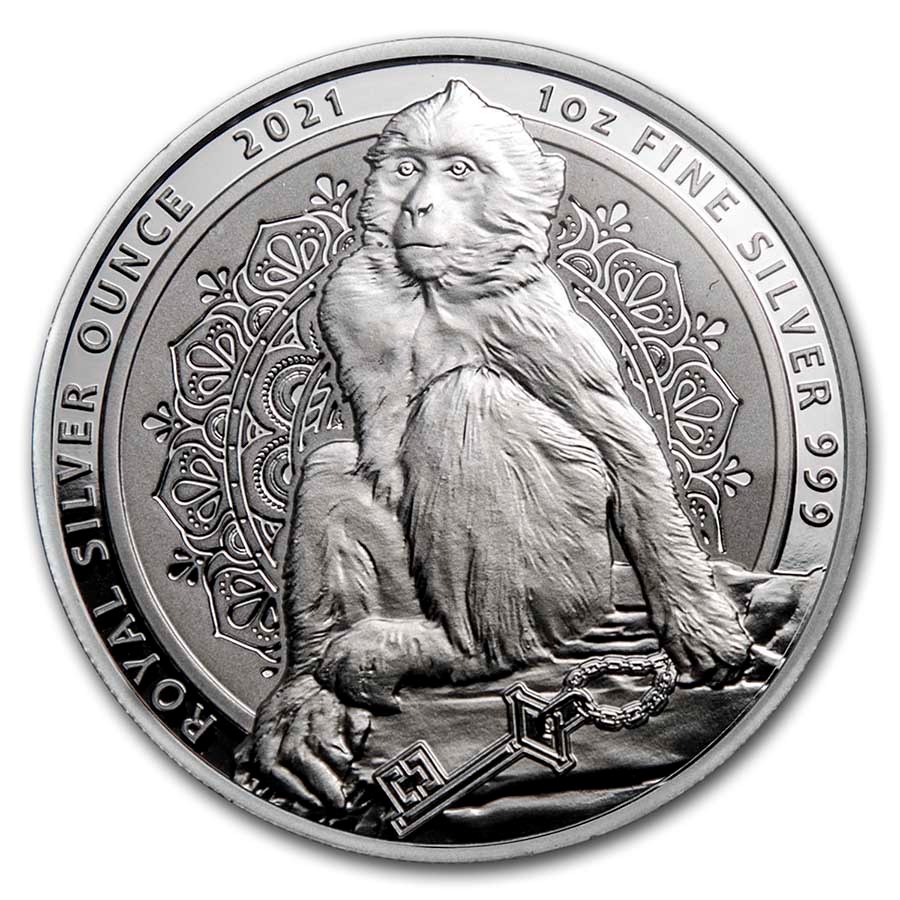 Coin Highlights:
Protect your 1 oz coin from fingerprints by adding these cotton gloves to your order.

Don't miss out on the first coin in this series. Add this 2021 1 oz Silver coin to your cart today!

The Barbary Macaque is the only primate species found north of the Sahara in Africa. The population in Gibraltar is the only wild monkey population on the European continent.

The best monkey design out there. The lunar monkeys don't even come close to this one.

Packaged in a slightly convex brilliant plastic case makes viewing easier. Magnificent artistry in this coin! The mischievous monkey character is offset by the formal pose, as if he will leap away at any moment! He holds a key- leading you to imagine he has just snatched it from a guard. The mandala background rounds out an otherwise lanky angular monkey. Inspirational! Grand daughter will love it!