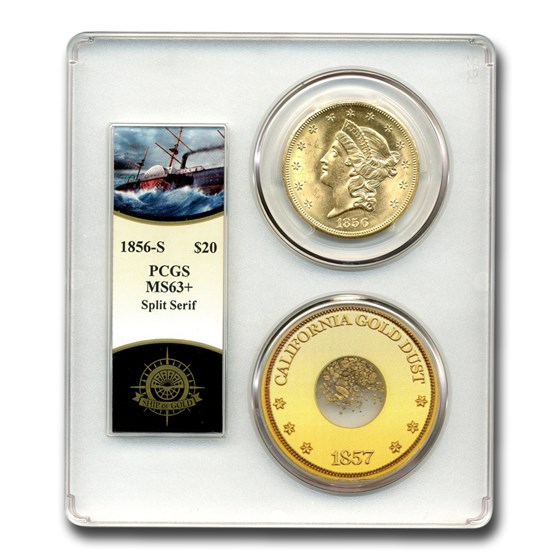 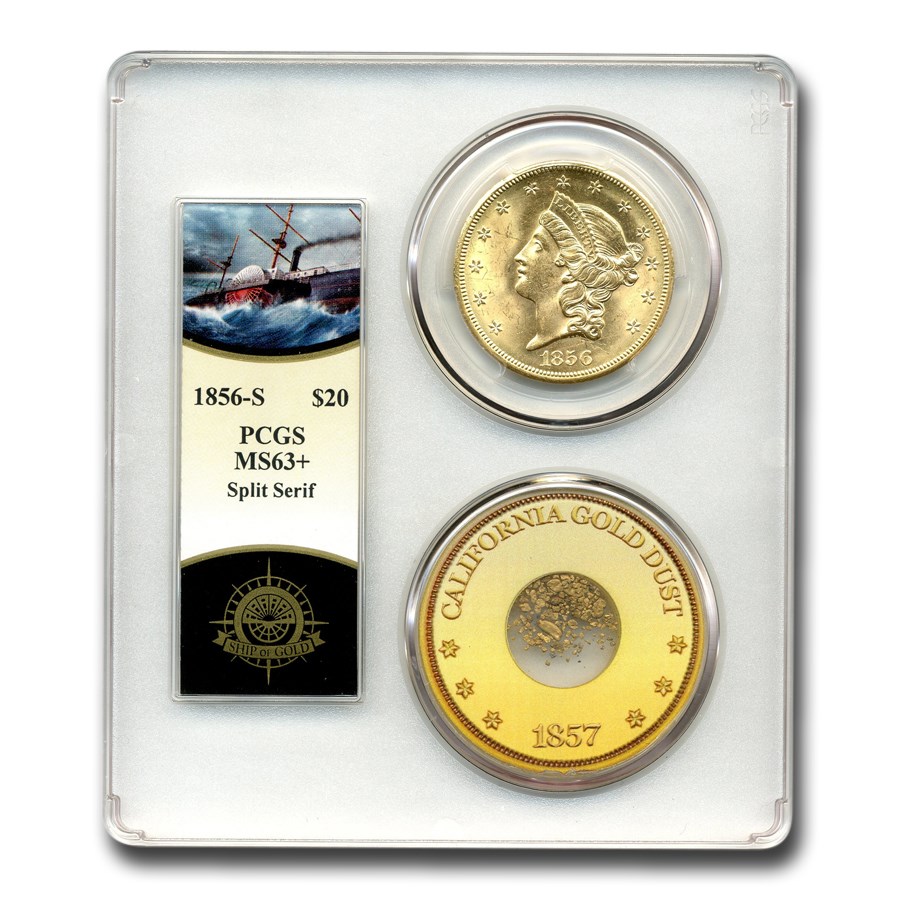 The product pictured is the exact product you will receive.
Product Details
Product Details
Surviving 130 years under the sea, this coin has tremendous detail and would make a great addition to any collector looking for shipwreck coins or is interested in Pre-Civil War Gold coinage.

This coin will make a great addition to any collection. Add this 1856-S $20 Lib Gold SS Central America coin to your cart today!