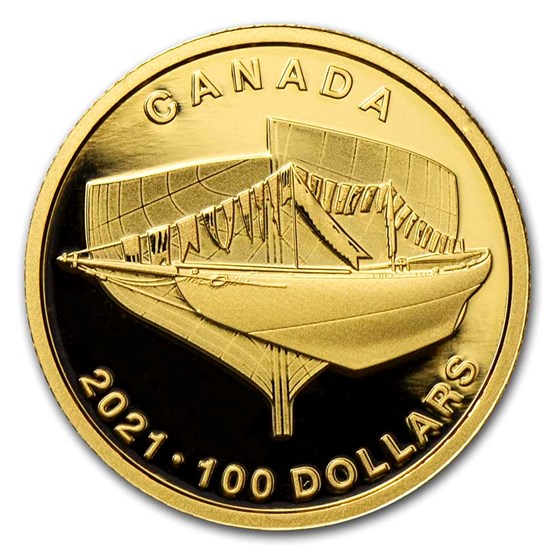 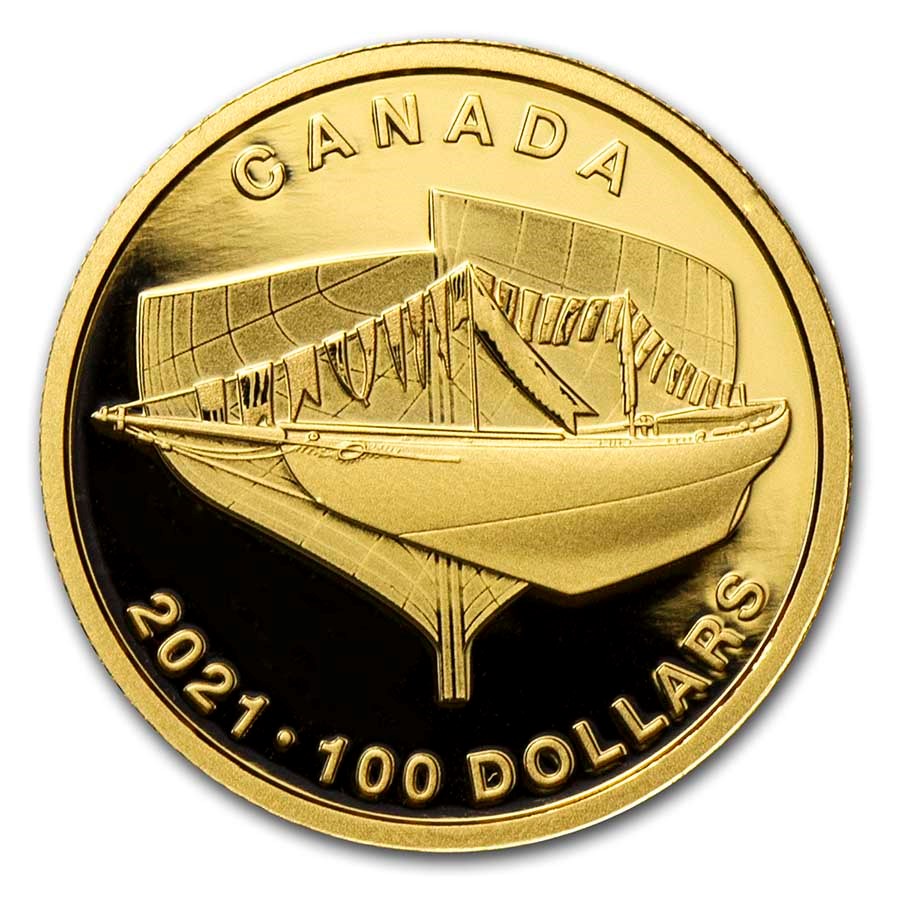 Product Details
Product Details
The design that gave Bluenose the gift of speed also gave the schooner its grace and majesty. The 2021 Bluenose centennial celebration continues on this limited edition collectible, which highlights the ingenuity and elegance of the ship's design.

On the 20 mm coin's reverse, the photo of a newly launched Bluenose before being fitted with sails and rigging presents a different view of the fishing vessel, while the hull drawing is a nod to the design that made it a racing champion.

Add this Gold $100 100th Anniversary of the Bluenose coin to your cart today!

In the Smith and Rhuland shipyard in Lunenburg, Nova Scotia., the construction methods were the same ones that had built more than 100 vessels, but Bluenose's design set it apart. Its architect, William James Roué, had envisioned a sleek-looking schooner that would be a "combination of Gloucester and Nova Scotian vessels, with the depth of the former and the breadth of the latter." Through theory and calculations, Roué drafted the blueprints for a vessel with a large hold for her catch carrying capacity and a hull that was optimized for reduced resistance in water—giving her speed that was a benefit in her fishing and racing careers.