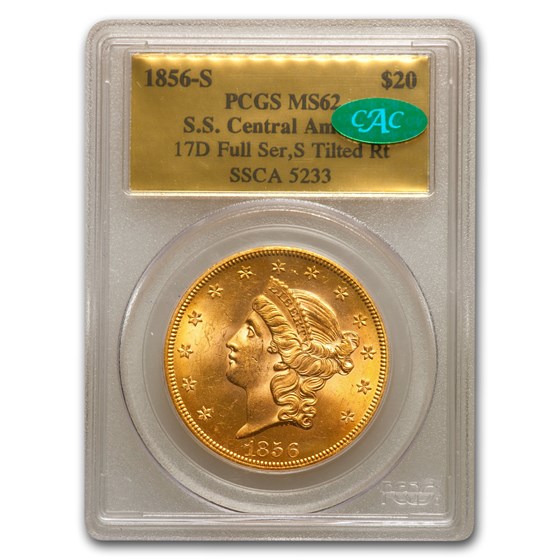 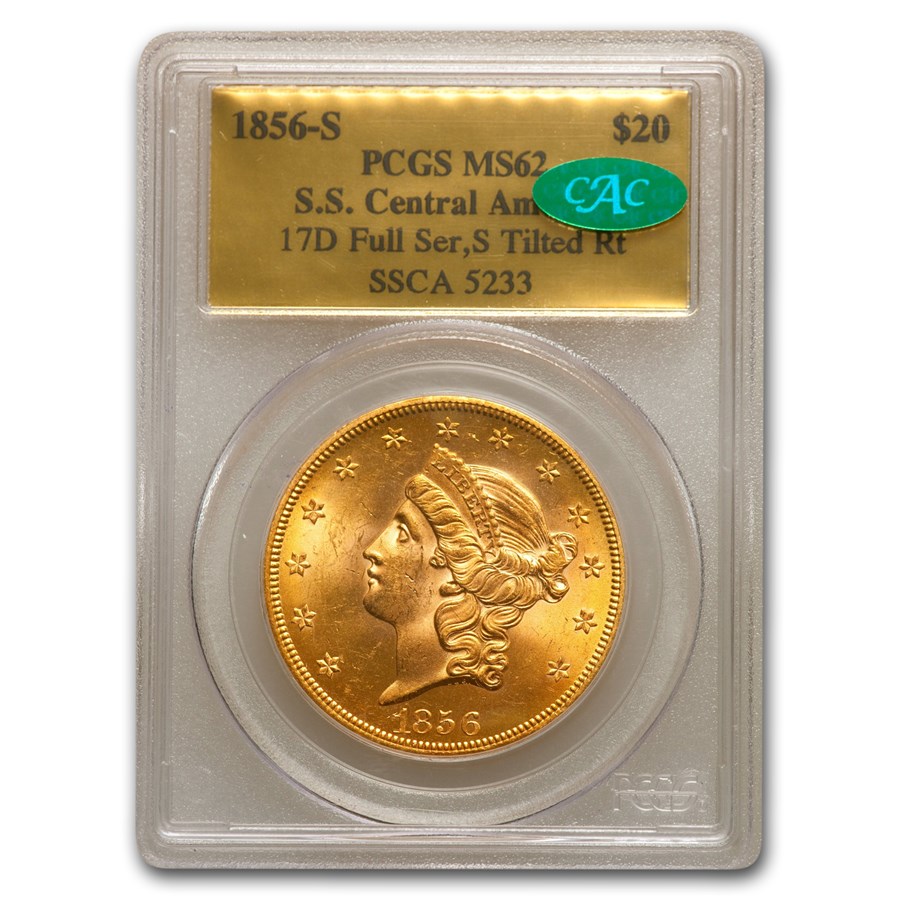 The SS Central America was a sidewheel paddle steamboat that sailed between various countries in Central America and New York and other ports on the East Coast of the U.S. During a hurricane the ship sank and 420 passengers and crew went down with the ship. The ship also lost over 30,000 pounds of Gold coins and bars

Protect and display your 1856-S $20 Liberty Spiked Shield variety graded MS-62 PCGS in style by adding an attractive display box to your order.

This coin will make a great addition to any collection. Add this 1856-S $20 Liberty Gold SS Central America Spiked Shield coin to your cart today!

S.S. Central America:
Own a piece of the California Gold rush known today as “America’s Lost Treasure”. It is part of the coins minted in San Francisco then put on the ill-fated S.S. Central America which set sail for New York City. The ship encountered a fierce hurricane off the East coast, sank and remained beneath the Atlantic Ocean off the Carolinas for the next 130 years.