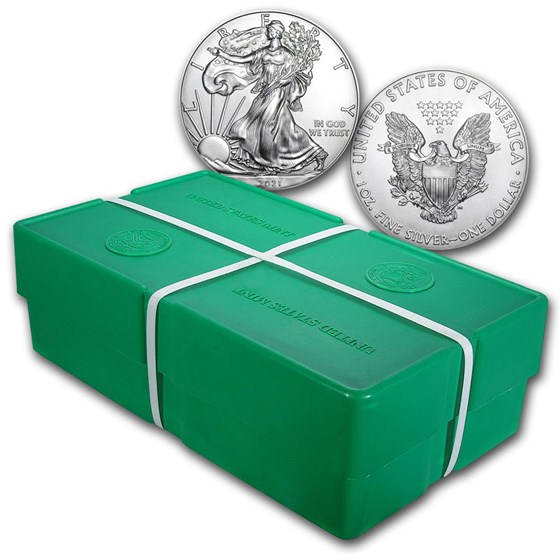 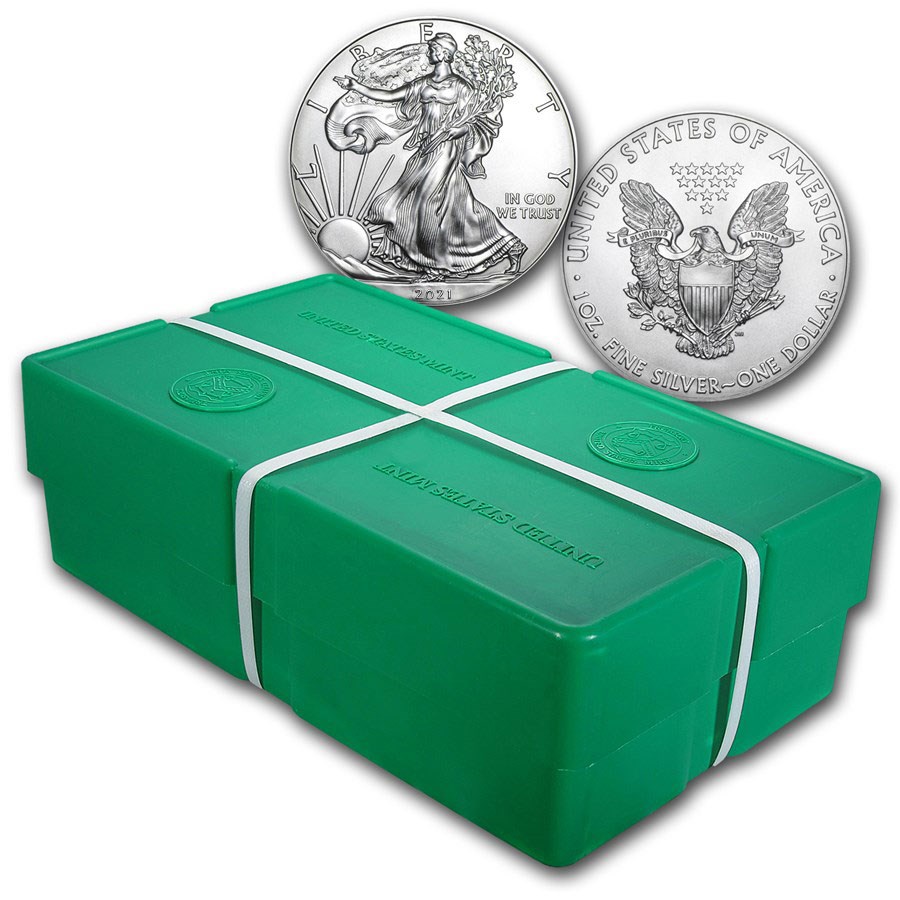 Product Details
Product Details
1,000,000 2021 Silver American Eagles were minted at the San Francisco Mint in early 2021, creating one of the scarcest bullion issue Silver Eagles ever produced. These coins are only identifiable by the serial numbers on the Mint-sealed boxes.

The newest rarity in the most popularly collected Silver coin series in the world is sure to be in high demand. Add this sealed monster box of 2021 Silver Eagles from the San Francisco Mint to your cart today!

Silver Eagles were produced at the San Francisco Mint in early 2021, as a result of the impact of the corona virus pandemic on operations at the West Point Mint as well as the massive increase in demand for bullion during this time of global turmoil. This marks only the third time since 2017 that Silver Eagles were made outside of West Point.