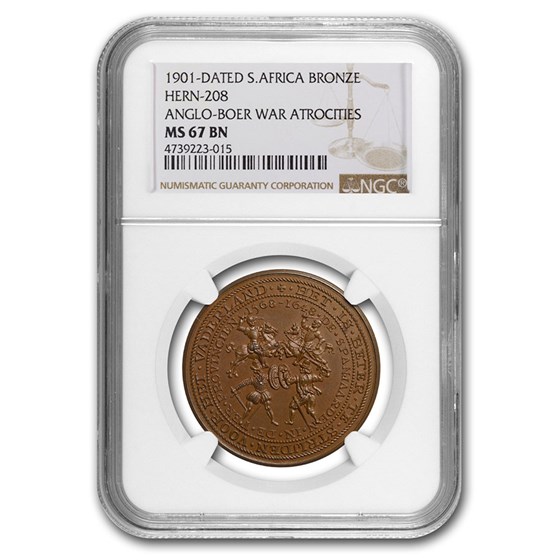 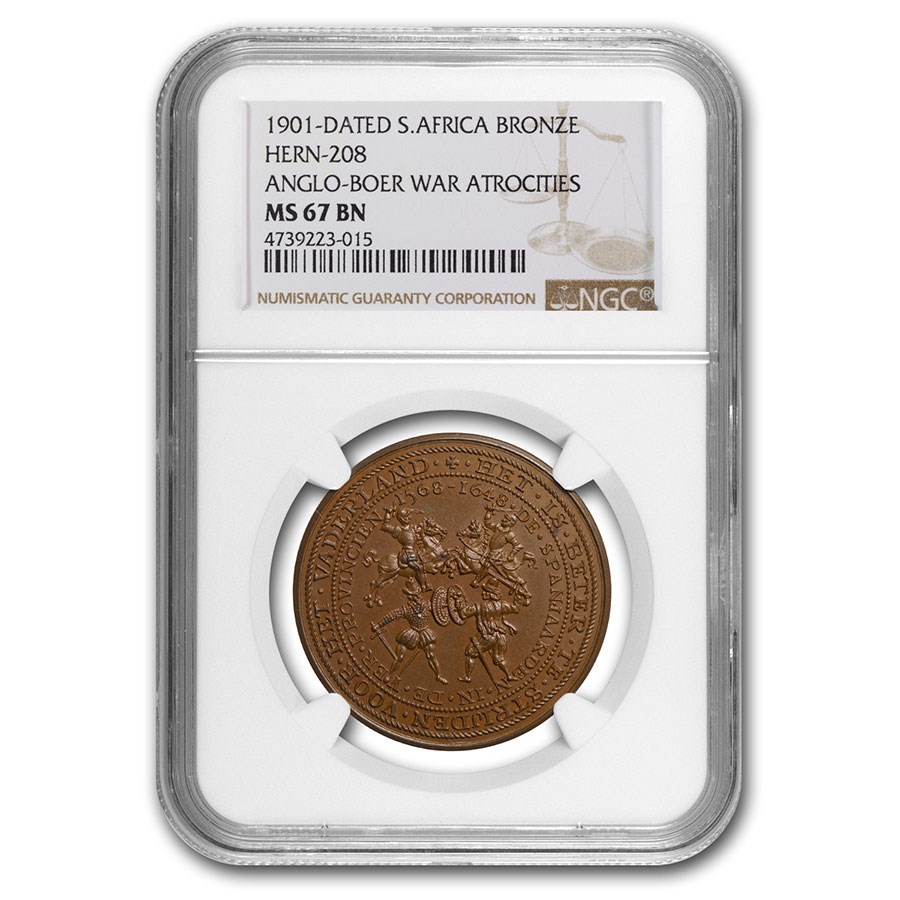 The product pictured is the exact product you will receive.
Product Details
Product Details
This Bronze Medal was made to commemorate the Anglo-Boer War fought between two Boer states and the British Empire. The war was likely caused by the discovery and desire to control the Gold rich Witwatersrand in South Africa.

Protect and display your medal in style by adding an attractive display box to your order.

Add this South African medal to your cart today!