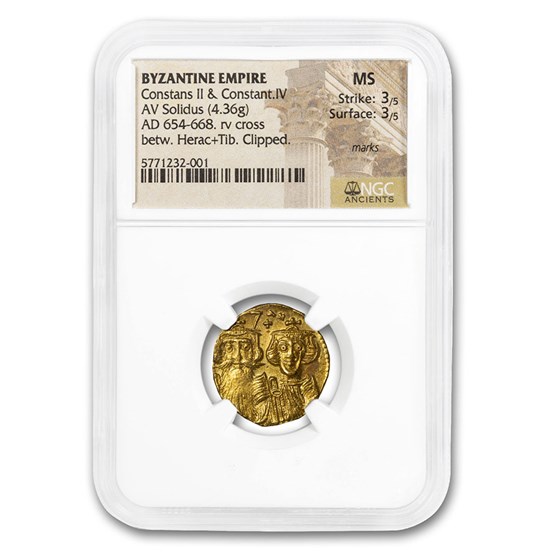 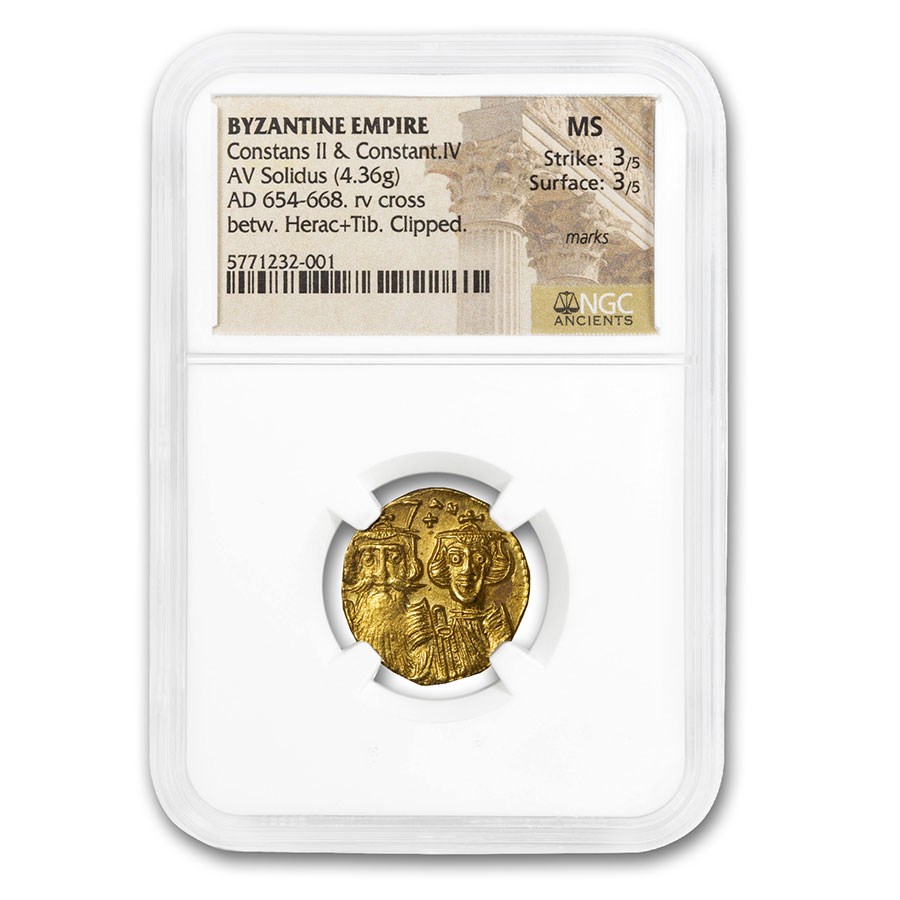 Your purchase will match the quality of the product shown.
Product Details
Product Details
This Gold Byzantine Solidus features the Emperor Constans II with his heir Constantine IV. The dress of these emperors reflects the Greek Orthodox and often includes long beards. This coin is in an extraordinary level of preservation.

Coin Highlights:
Protect and display your Byzantine Gold Solidus in style by adding an attractive display or gift box to your order.

Add this Byzantine Gold Solidus of Emperor Constans II to your cart today!