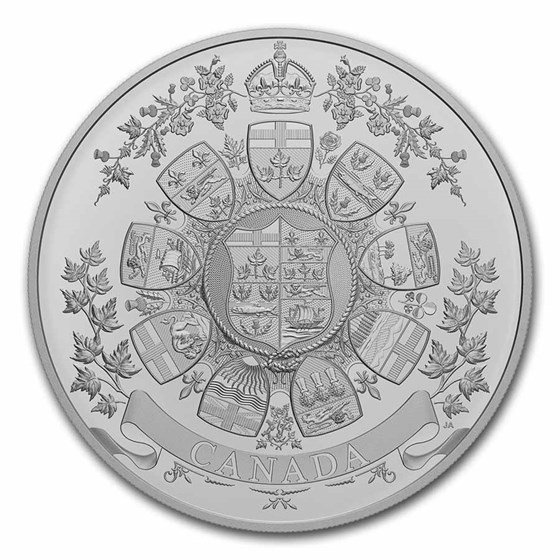 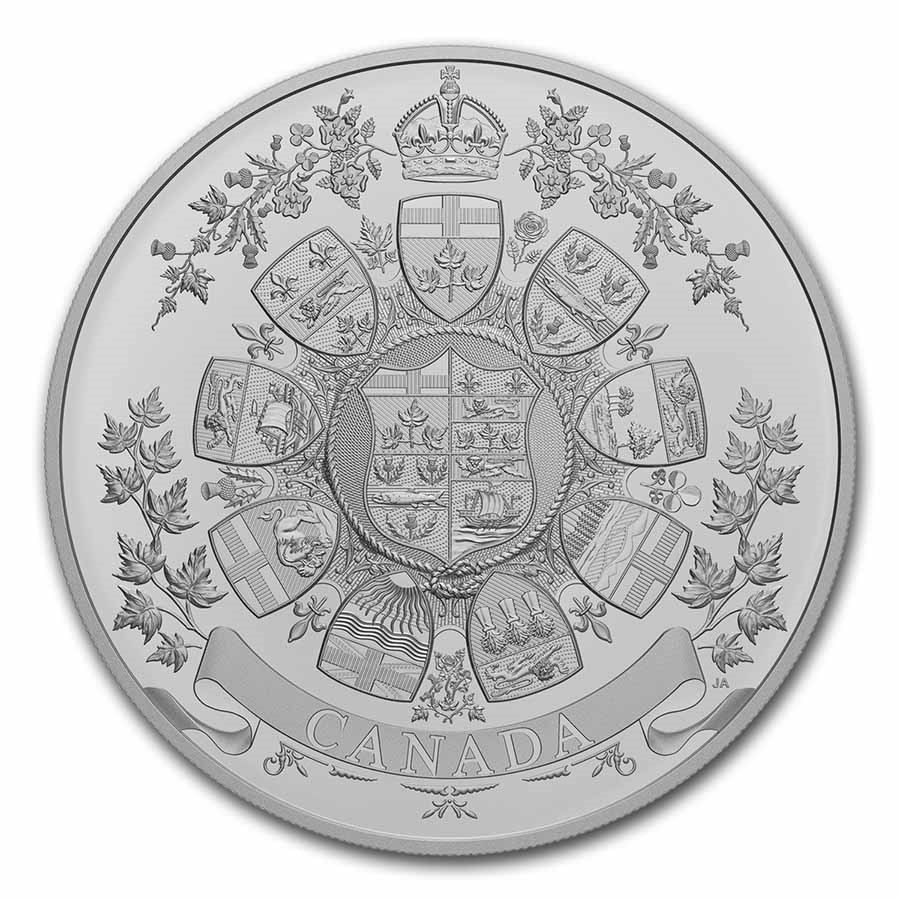 Product Details
Product Details
It was 100 years ago that a new, distinctive coat of arms was created for Canada. But before that, a dizzying array of heraldic art celebrated and represented a young nation that had yet to come into its own.

One of those concepts has been plucked from the national archives and brought to life on this fine Silver kilo coin. Its design is based on a 1912 drawing of Canadian heraldic emblems. And while the historic style itself is captivating, it's what's missing from the composition that provides rare insight into Canada's heraldic past.


It's an unforgettable mix of history, heraldry and art as we celebrate the 100th anniversary of the Arms of Canada. Add this beautiful 2021 1 kilo Silver 1912 Heraldic Design coin to your cart today!