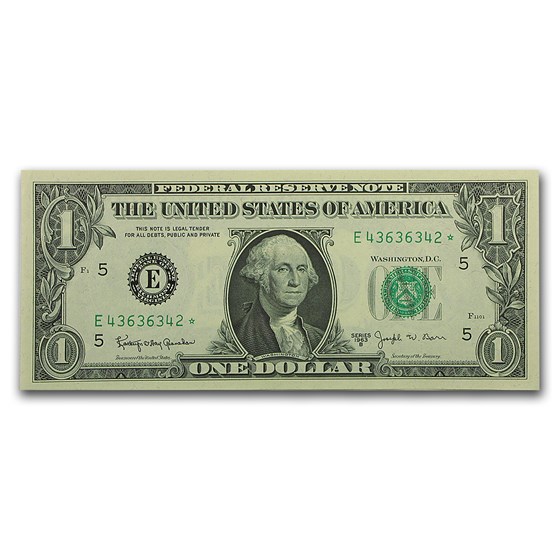 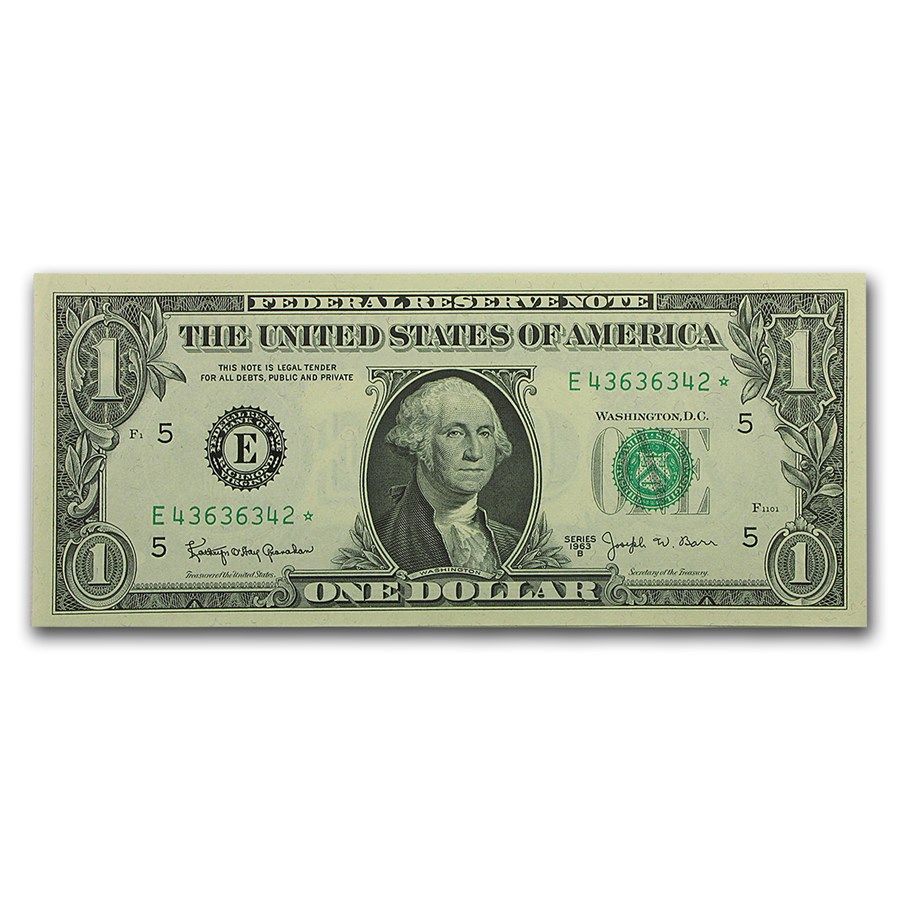 Product Details
Product Details
This is a Series 1963-B $1 Federal Reserve Note. Star ★ Notes from the elusive Richmond district are difficult to acquire!

Add one of these to your cart today!

The series 1963-B One Dollar Federal Reserve Notes are an elusive and popular issue. Serving the shortest term as Secretary of Treasury - less than a month from December 21st, 1968 to January 20th, 1969 between the terms of Henry H. Fowler and David M. Kennedy - Joseph Barr and his signature on the $1 Federal Reserve Note were destined to become a stand out in the world of paper money collectors.

The Star ★ Notes from this district had a printing of just over 3.5 million, which is a very low number for One Dollar Federal Reserve Notes.