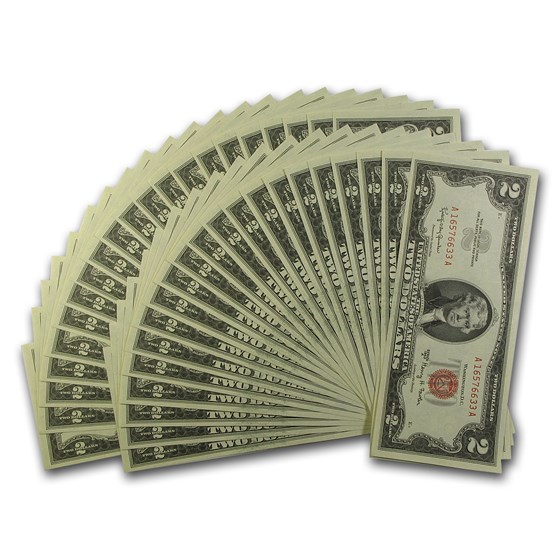 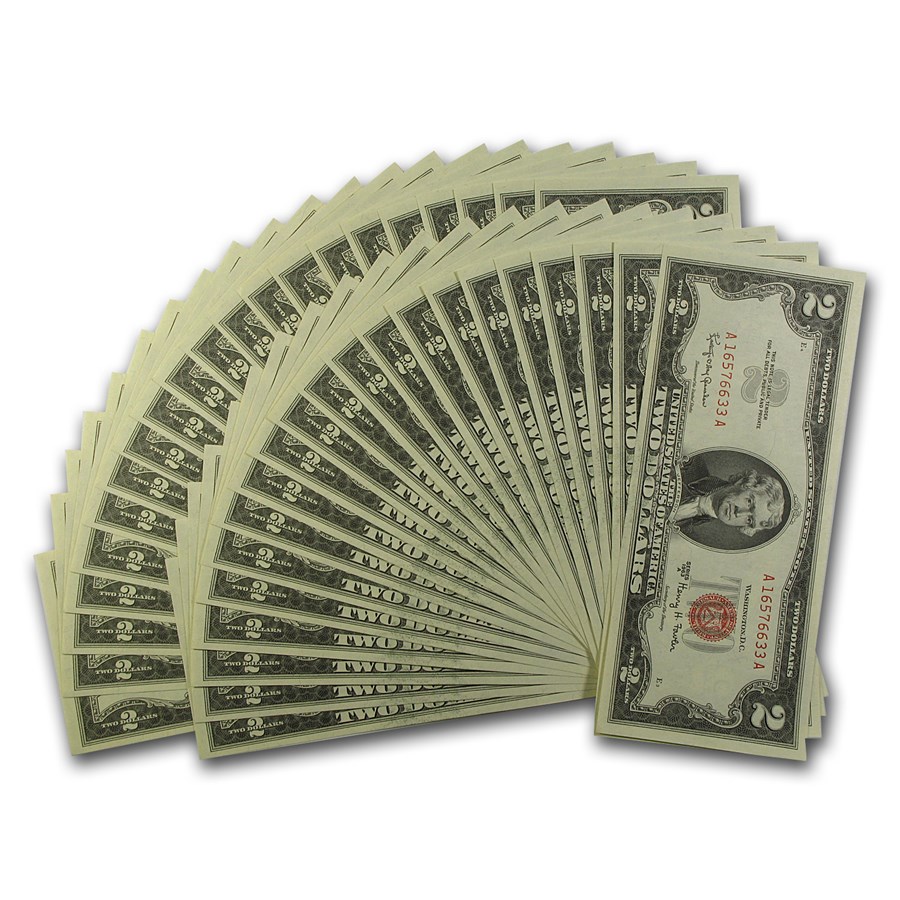 United States Notes were adopted for circulation during the Civil War in 1862 in denominations from $1 through $1,000. The $2 denomination remained when we switched over to small size notes in 1928 and continued until the early 1960s when the denomination was discontinued. The "deuce" was revived in 1976 as a Federal Reserve Note. Although they are still legal tender, their red seals and serial numbers make them great collector’s items.

A relatively low printing of 3.2 million makes this a modern rarity! This group has been together for over 50 years and is priced well under retail. Get it while it lasts.