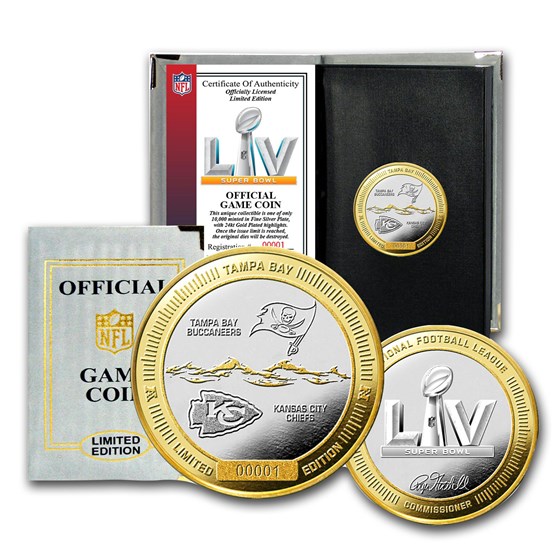 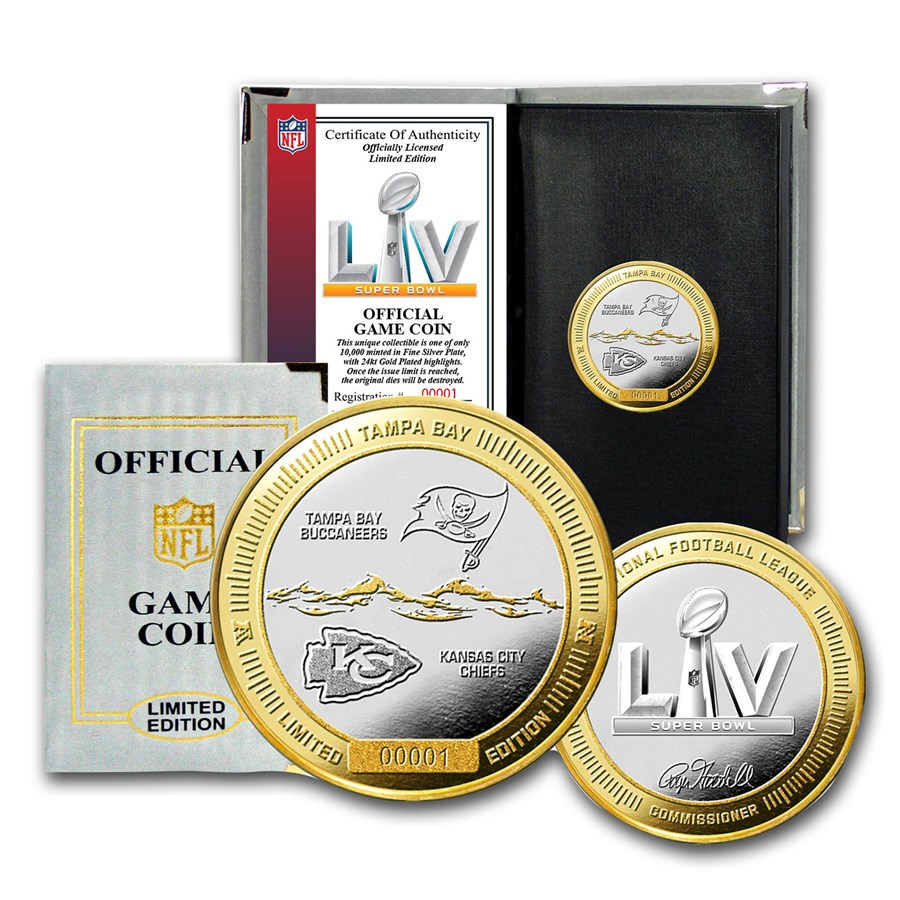 Coin number 1 is used as the official flip coin during the Super Bowl coin toss, and subsequent coins are available exclusively for you to add to your collection!

Bought for a friend who is a huge KC fan.

Nicely boxed presentation.... I will be purchase more

Attractive design and reasonable and modest cost was the first thing that made this interesting to me. I will purchase addtional to give as gifts.

Purchased to celebrate the Buc's victory and to go with my coin from their first Superbowl. A little disappointed that this one is not pure silver like the first one still it is amazingly beautiful.

I had to incorporate this as part of my collection. This is a very attractive coin.