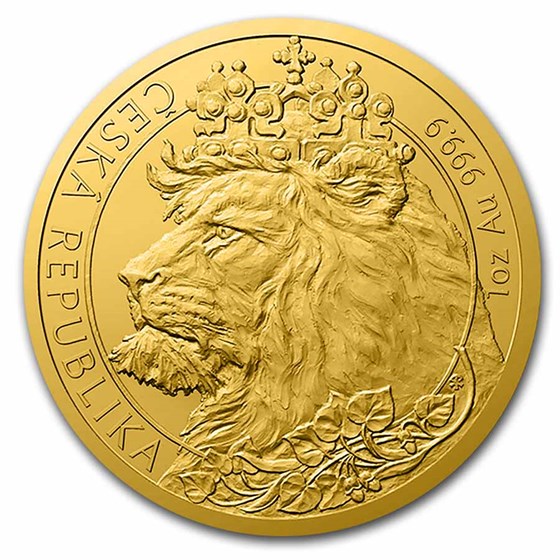 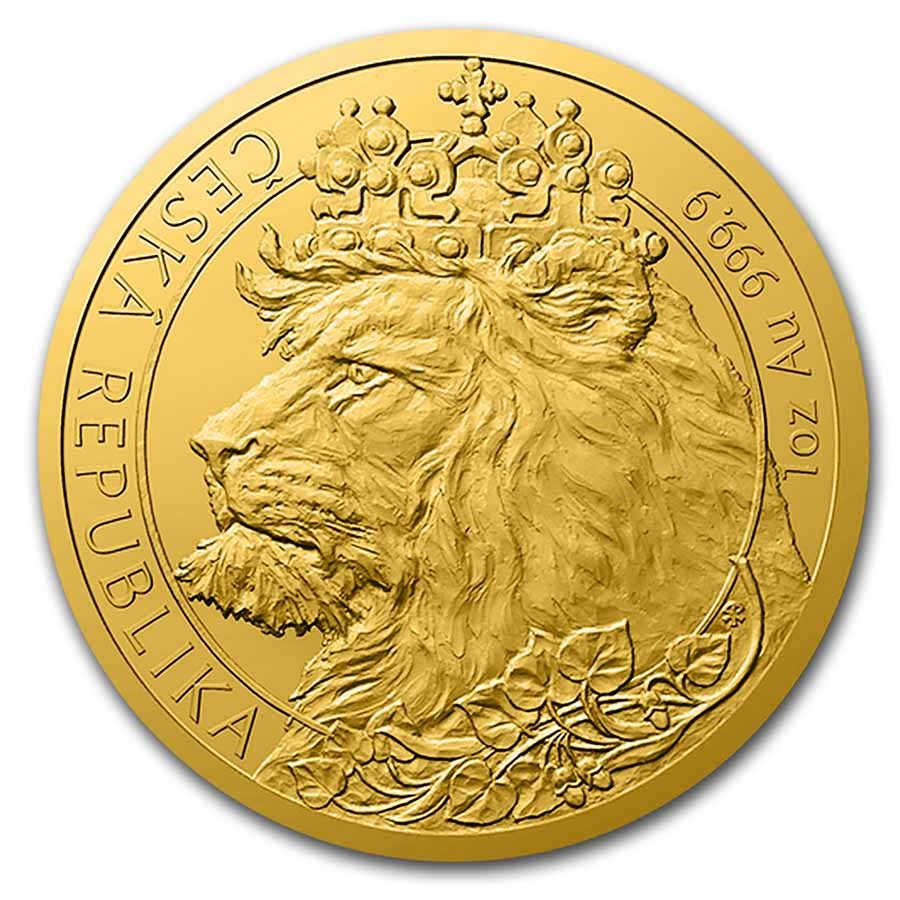 Product Details
Product Details
This is the fourth year for the 1 oz Gold Czech Lion coin to be minted and now a new design. The mintage for this coin is 1,320 worldwide.

The Czech Lion is a bullion coin with a beautiful artistic design featuring symbols of the Czech Republic. Add this 2021 Niue 1 oz Gold Czech Lion coin to your cart today!

The design of this year's Czech Lion is amazingly beautiful. Closeup of the lion's face featuring the Crown of Saint Wenceslas is both serene yet fierce. Premiums are a little high but still cheaper than buying directly from the Czech Mint.