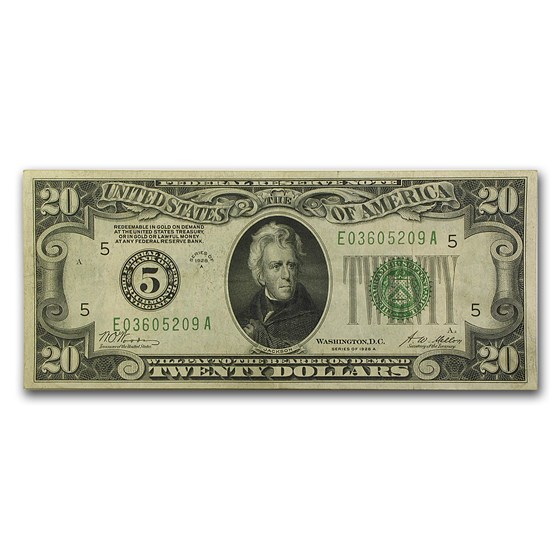 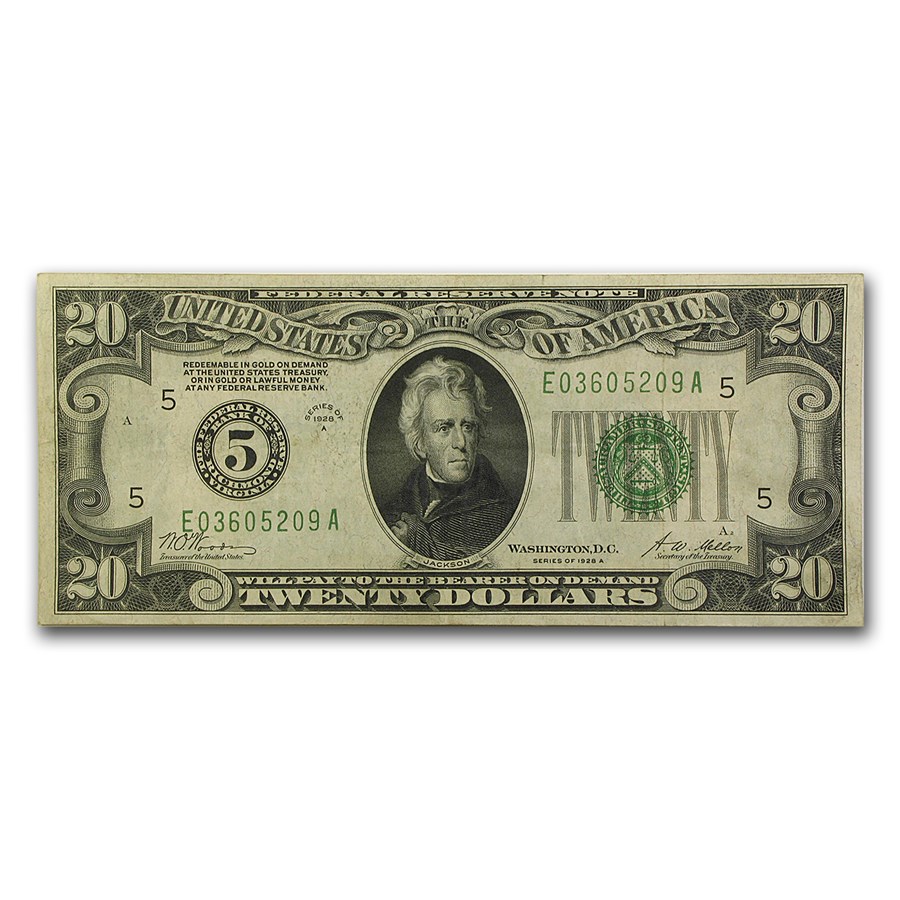 Product Details
Product Details
Nice 'Numeral Note' from an elusive district! This Series 1928-A $20 FRN is from the Richmond district which is always a tough find!

This note has the numeral '5' in the Federal Reserve seal prior to the adoption of the corresponding letter 'E' which was adopted on the later series 1928-B. Add this nice collectors item to your cart today!

These first small size Federal Reserve Numeral Notes from 1928 can be elusive, especially from Richmond!