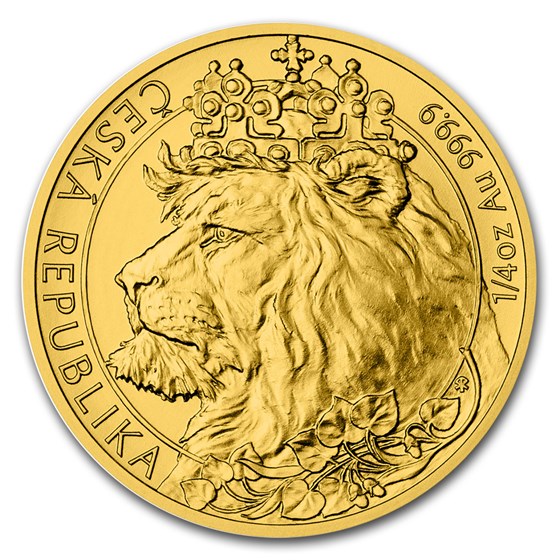 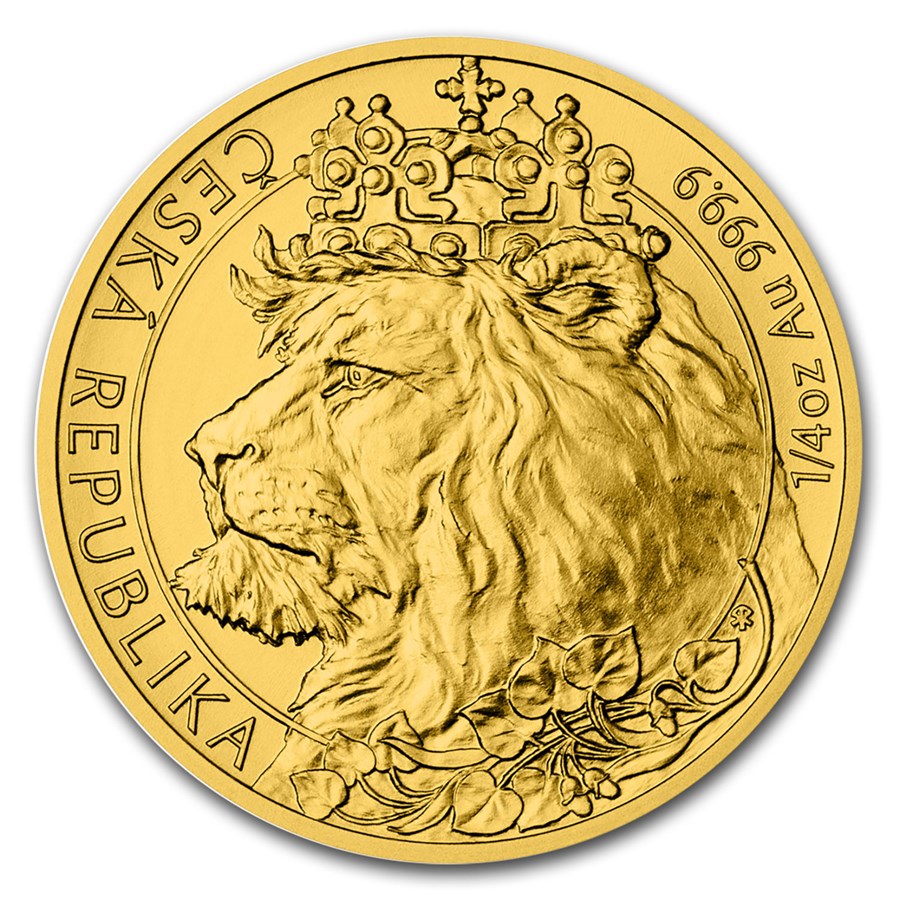 Product Details
Product Details
This is the third year for the 1/4 oz Gold Czech Lion coin to be minted and now has a brand new design. The mintage for this coin is 1,970 worldwide.

Don't miss the opportunity to own the third year issue of this beautiful coin. Add this 2021 Niue 1/4 oz Gold Czech Lion coin to your cart today!