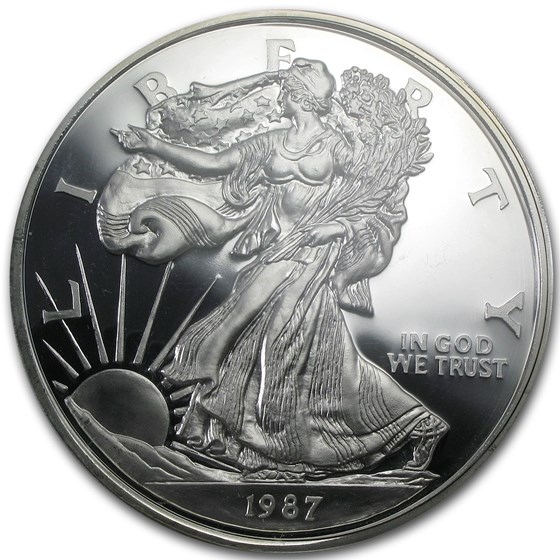 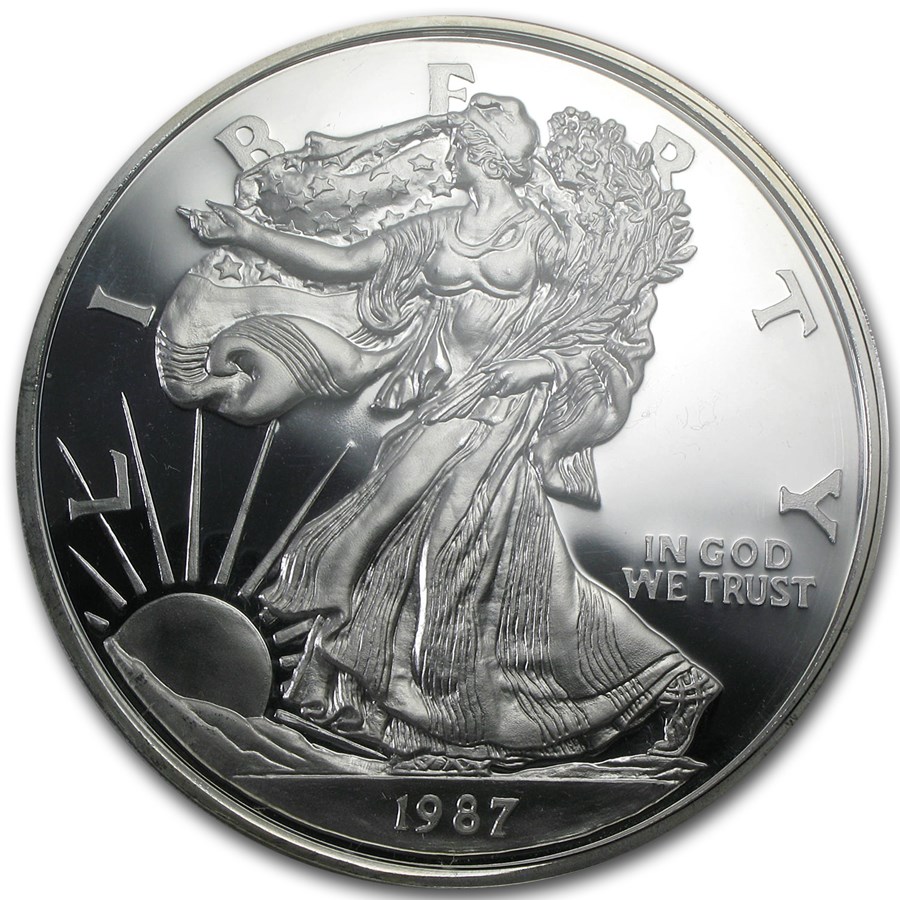 Your purchase will match the quality of the product shown. Dates will be of our choosing and may or may not vary, determined by stock on hand.
Product Details
Product Details

Beautiful Proof-Like Replica!
The American Silver Eagle is the official Silver bullion coin of the United States. It was first released by the United States Mint on November 24, 1986. The obverse design was taken from the "Walking Liberty" design by Adolph A. Weinman. The reverse was designed by John Mercanti and portrays a heraldic eagle behind a shield; the eagle grasps an olive branch in its right talon and arrows in its left talon, echoing the Great Seal of the United States; above the eagle are thirteen five-pointed stars representing the Thirteen Colonies.

The main handicap is trying to find the right sized tube to preserve its beauty.

I bought this product because I wanted all fractional pound Silver Eagle and Silver Eagle replica rounds (1/4, 1/2 and 1 lb.) and these are perfect to satisfy that need. It is beautiful craftsmanship for a replica of a Silver Eagle and I can't wait to buy more!!!! HIGHLY RECOMMEND!!!!!!