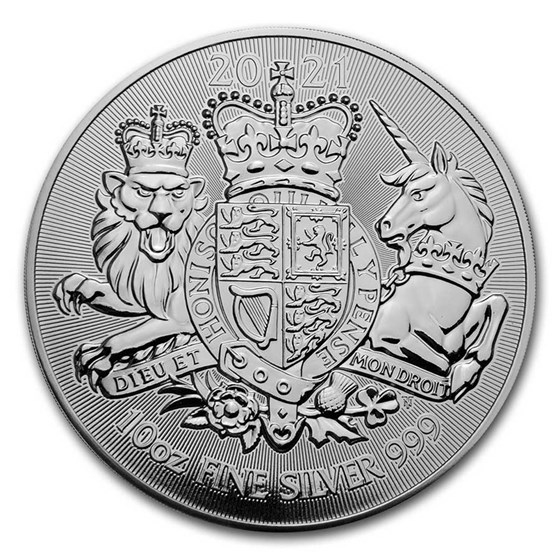 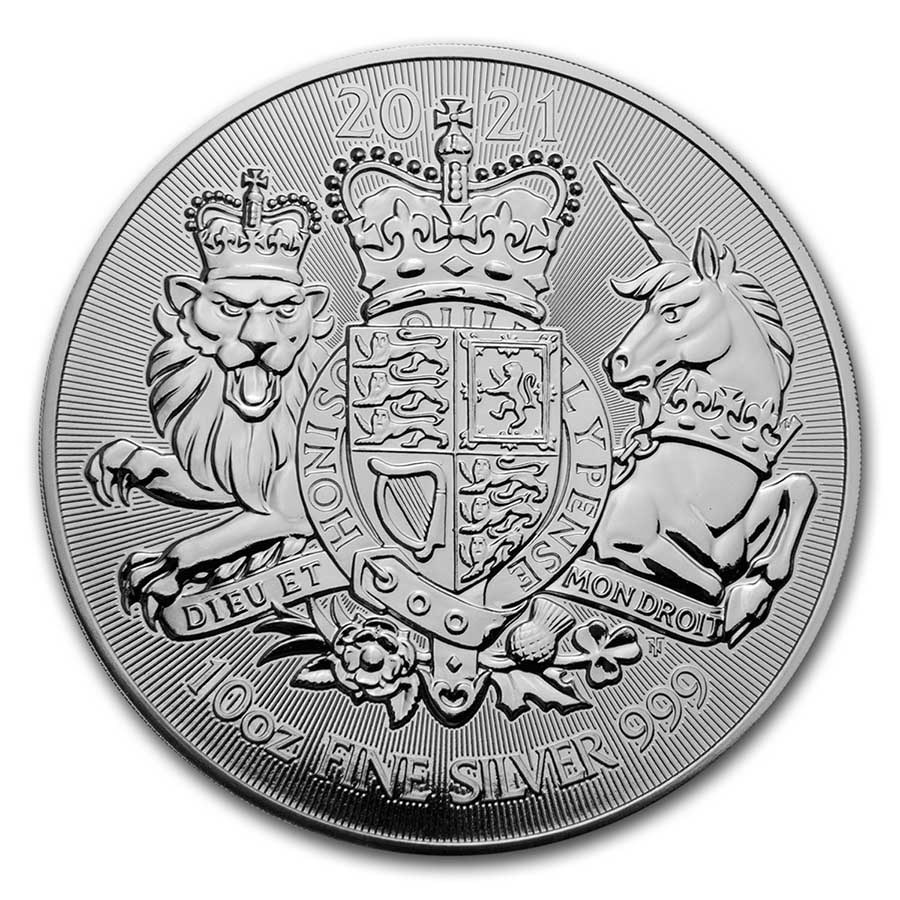 Product Details
Product Details
Only $8.99 per coin over spot
This Silver bullion coin from The Royal Mint features the Royal Arms, a symbol of strength and majesty. The awe-inspiring design is now available on a .999 fine Silver 10 ounce coin.

Coin Highlights:
Handle your coin with care, by adding a pair of cotton gloves to your order.

This 2021 Silver Royal Coat of Arms coin would be a great addition to any bullion collection. Add this 2020 10 oz Silver Royal Arms coin your cart today!