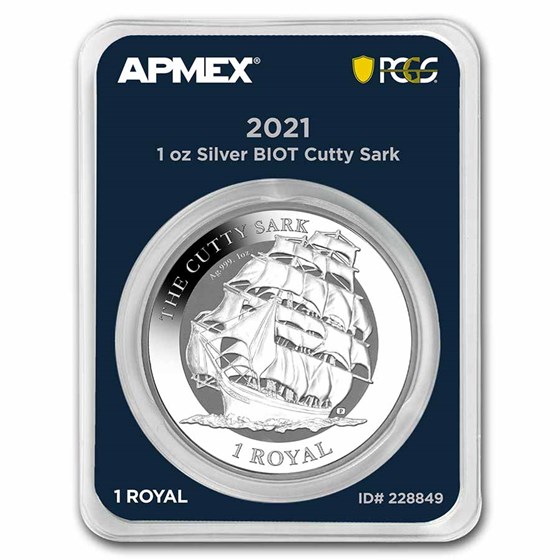 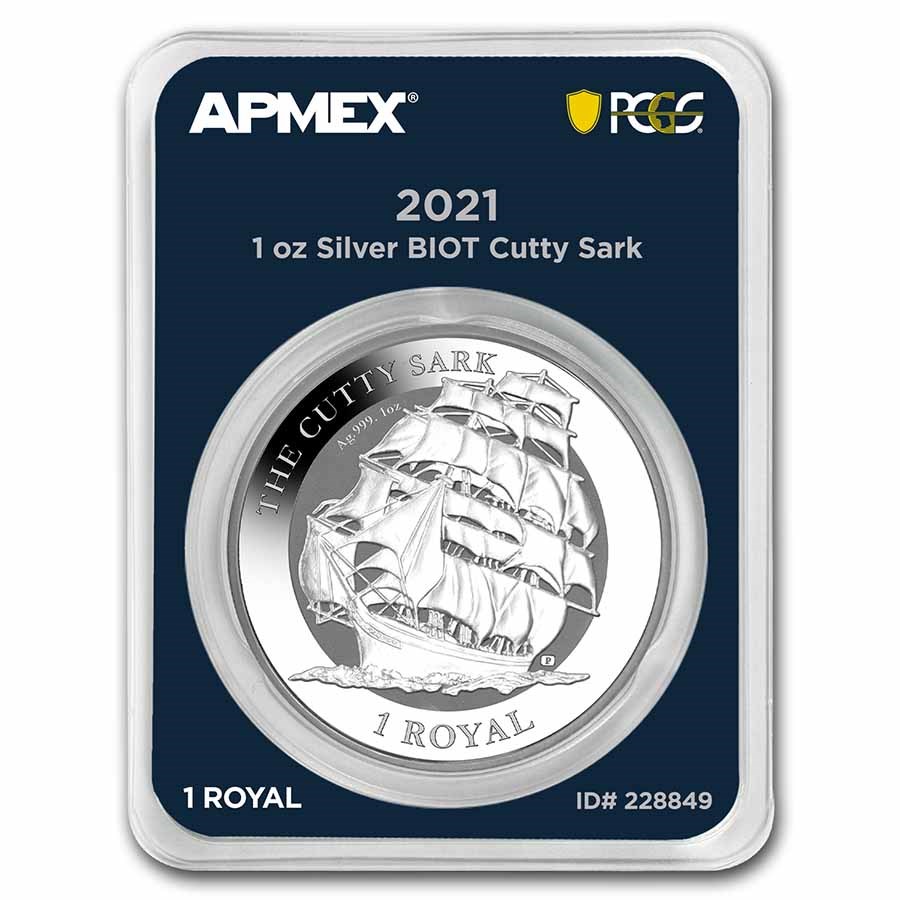 Your purchase is guaranteed to match the quality of the product shown. It will not be this exact item.
Product Details
Product Details
The MintDirect® Premier designation applies to coins received in the first 30 days of release from the mint. APMEX individually seals each MintDirect® Premier coin to ensure the authenticity after being removed directly from the mint packaging.

Protect and display your Silver Cutty Sark Reverse Frosted BU coin in style by adding an attractive display or gift box to your order.

This coin would be a great addition to any coin collection. Own the fourth release of this exciting bullion series minted for the British Indian Ocean Territory by adding this stunning 1 oz Silver Cutty Sark Reverse Frosted BU coin to your cart today!

Love ships! The detailed depiction of the Cutty,Sark is beautiful. Limited minting , and design, make this coin impossible to pass up. Packaging and shipping always stellar.