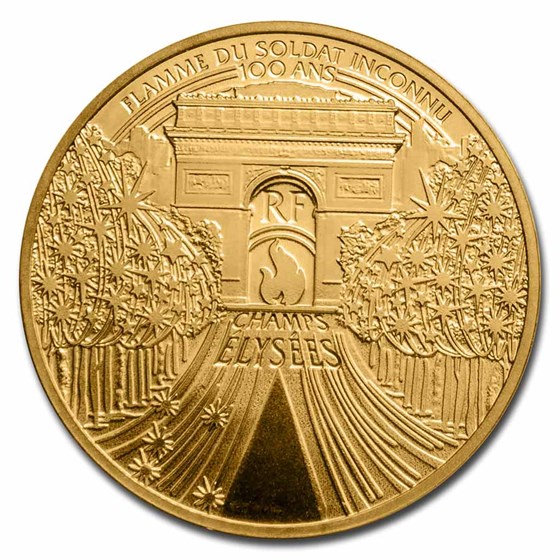 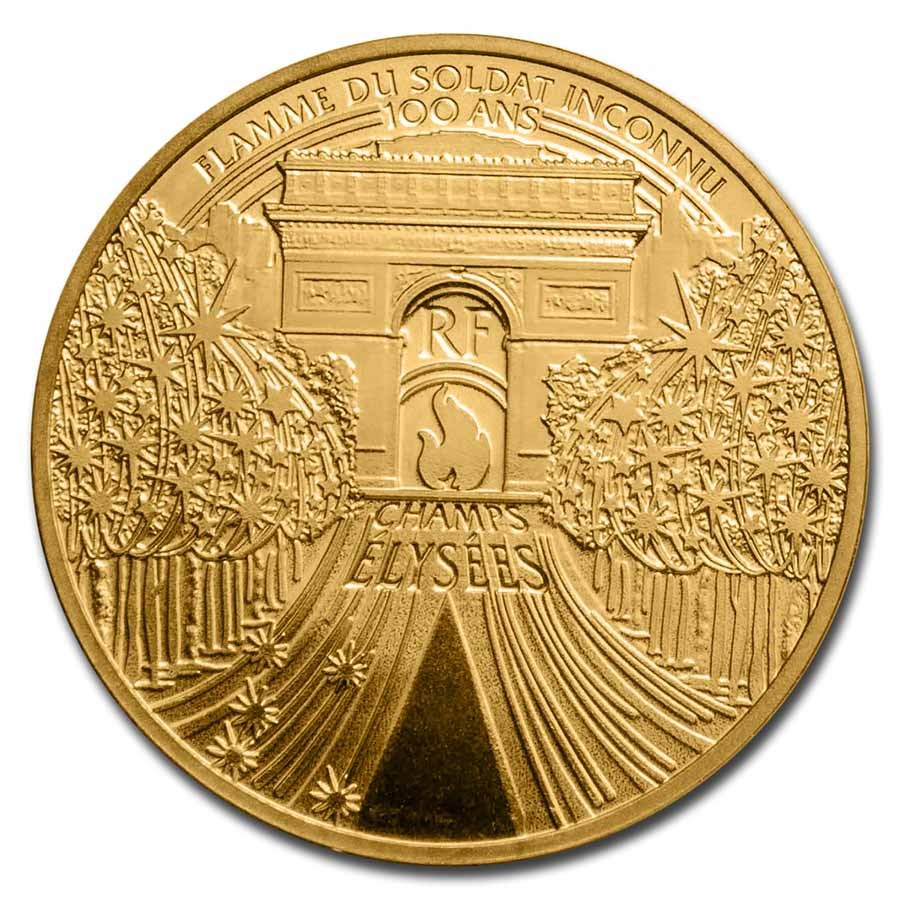 Product Details
Product Details
Linking the Concorde Place to the Arc of Triumph, the Champs-Elysées Avenue stretches over nearly 2 kilometers in the heart of Paris.

This Silver coin would be a great addition to any world traveler. Add this 2020 France 5 oz Proof Silver Treasures of Paris Champs Elysees coin to your cart today!

In the 17th century, Le Nôtre, Louis XIV's gardener, laid the first stones in this marshy area. It was then part of the ascent of what is known as "the most beautiful avenue in the world". One of the must-see places to visit in Paris, the most beautiful avenue in the world welcomes about 300,000 visitors a day. The Champs-Elysées Avenue is full of culture and activities. You can admire the monuments, go shopping or vibrate during events. Every year, the avenue hosts the 14th July parade, the arrival of the Tour de France or the Christmas illuminations.

The Champs-Elysées are as lively by day as by night. Restaurants, shops, monuments and clubs are all jewels to be discovered and make this avenue a myth. To end the visit in beauty, the ascent of the Arc of Triumph offers a spectacular panoramic view of Paris.