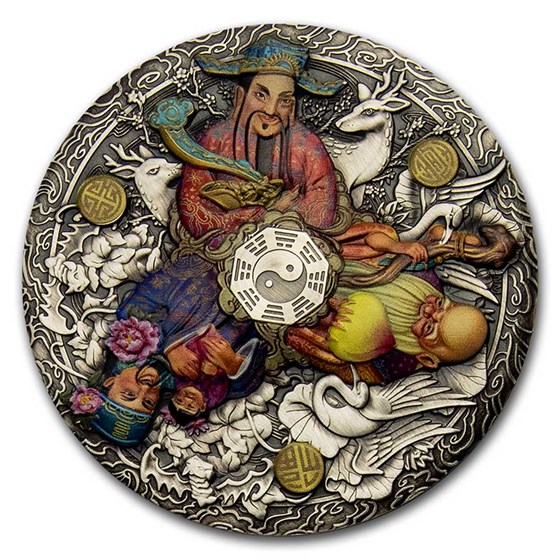 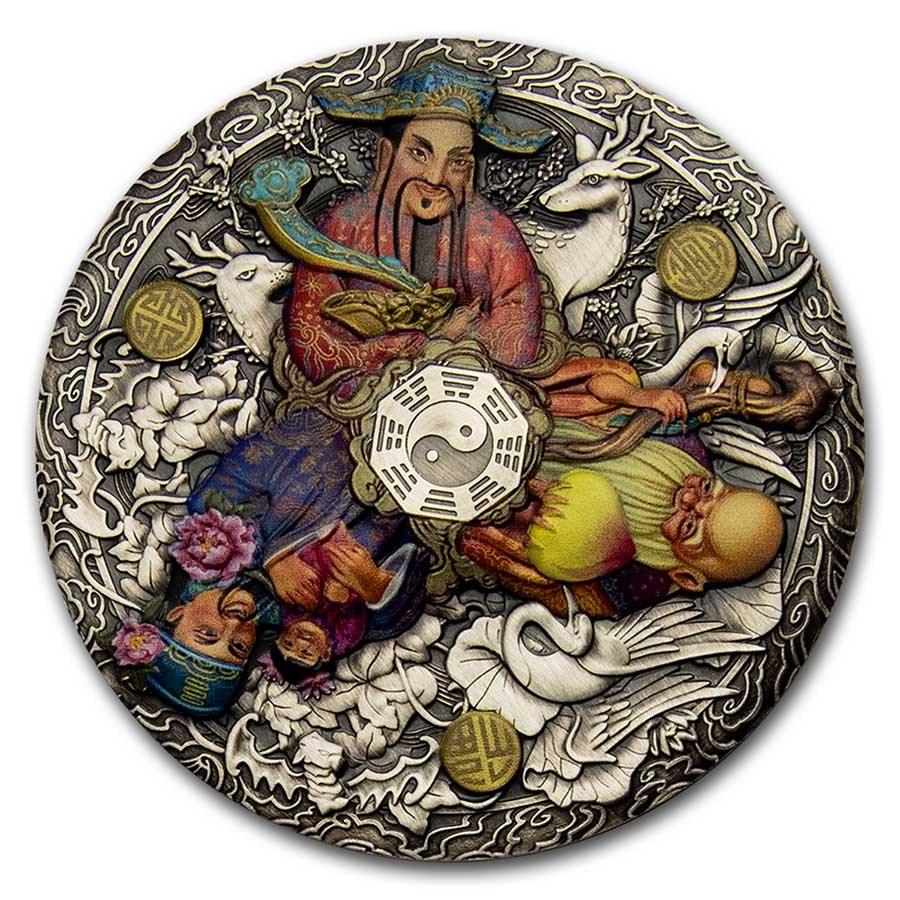 Collectively known as Sanxing, or Three Stars, their human forms have been portrayed by artists since the Ming Dynasty in a variety of media, including paintings, stone, porcelain, and woodblock prints celebrating New Year. Prominently displayed in many homes, from the Imperial Palace to the peasant's hut, the figures embody attributes considered essential to personal happiness - prosperity, success and longevity.