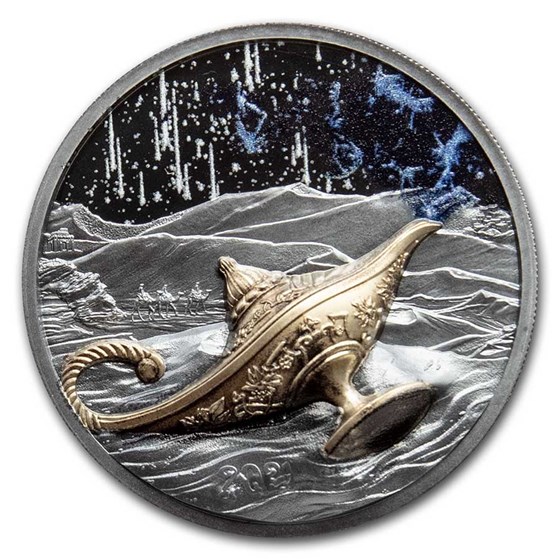 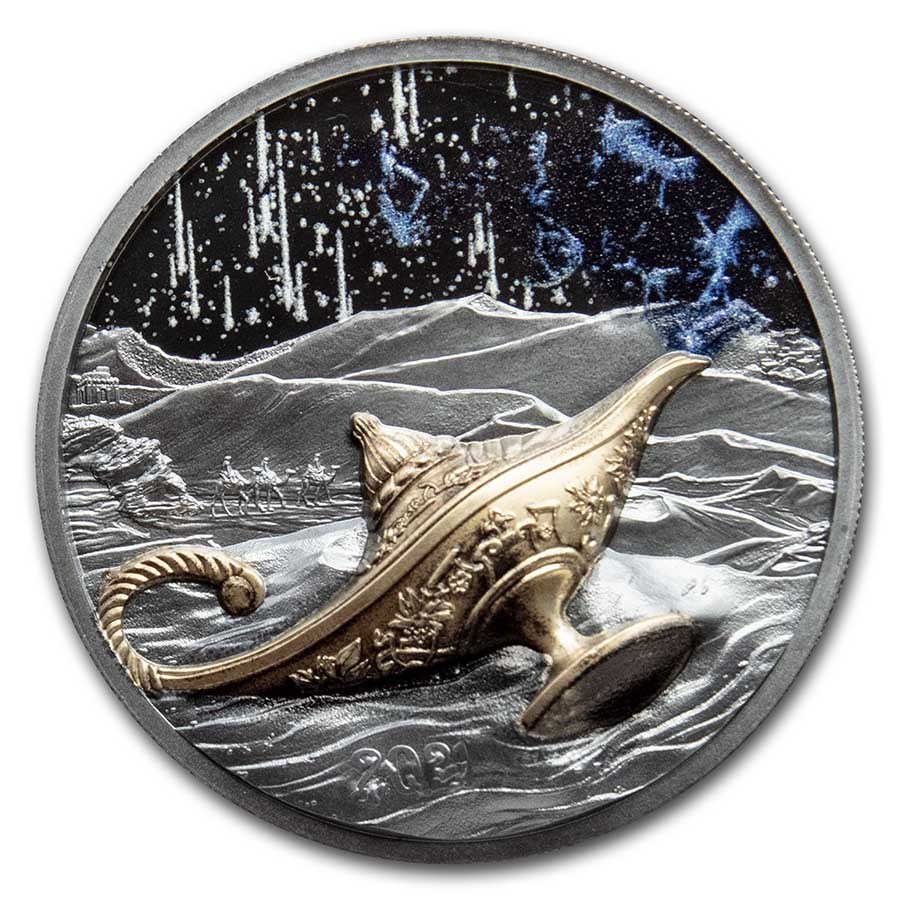 Product Details
Product Details
This mystical coin features the iconic lamp from 1001 nights in a beautiful Ultra High Relief Black Proof coin. Limited mintage of only 1,001 pieces worldwide. Sold Out at the Mint!

This beautiful silver proof coin would be a perfect addition to any collection. Fulfill your wishes and add this Magical Lamp Silver coin to your cart today!

1001 Nights
The tales of One Thousand and One Nights are a collection of Middle Eastern and Indian stories with no known author. One of the most famous stories in the collection is Aladdin, which tells the tale of a young man, his magical lamp, and the genie it holds within. Aladdin discovers this mysterious lamp in an abandoned cave and soon is granted three wishes from the genie living inside. Before the lamp was found in the cave it had been left somewhere in the sands of the desert by a powerful sorcerer who had intended to punish and trap the genie.


CIT Silver Coins
Coin Invest Trust (CIT), located in the small European country of Liechtenstein, produces Silver coins for countries around the world. Since its founding in 1970, this company has gained an outstanding worldwide reputation for its innovative and revolutionary coins of premium quality. Smartminting© technology, developed by CIT in 2016, pushes the boundaries of the standards in the commemorative coin industry. This technology enables CIT to strike coins in higher relief without the need for additional metal and can increase the surface area of a coin by as much as 183%.