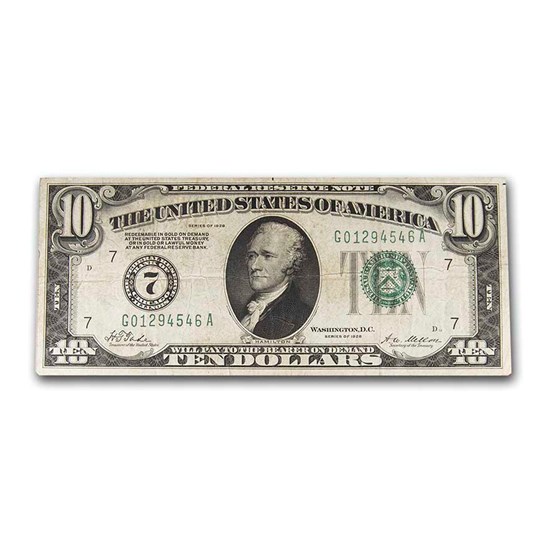 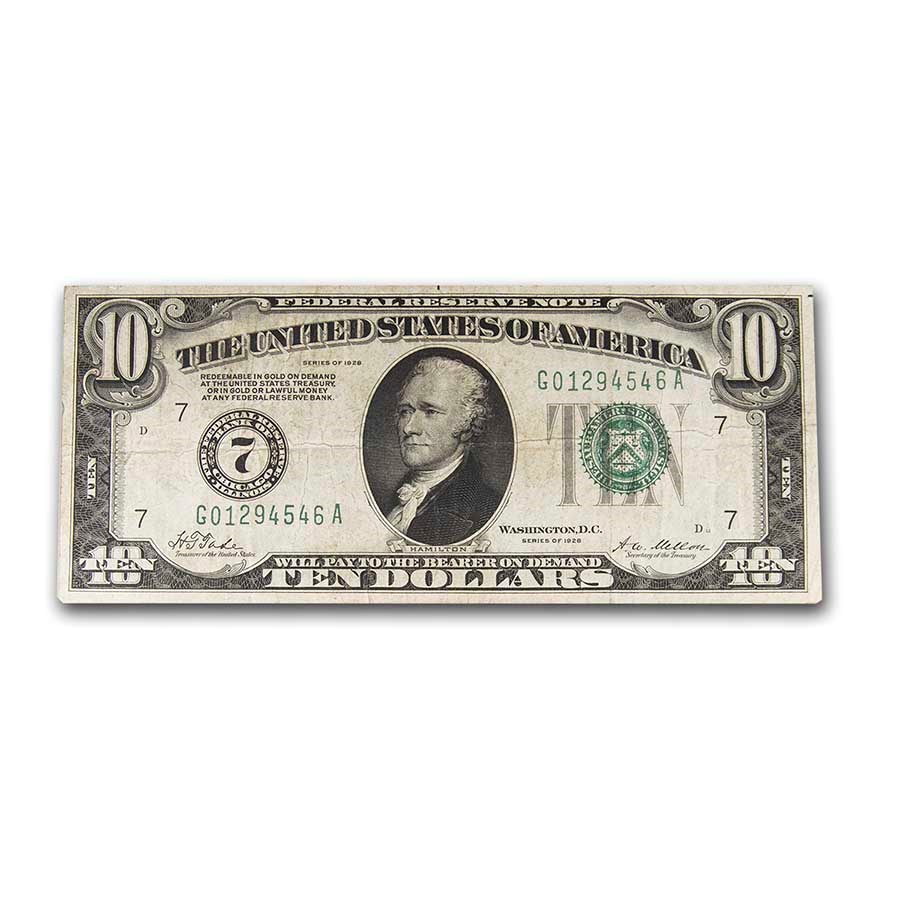 Numeral Notes are highly collectible making them nice additions to any type set. Add this note to your cart today!

1928 ten dollar bills were a little bit different because they were redeemable in Gold. They read ?Redeemable In Gold On Demand At The United States Treasury, Or In Gold Or Lawful Money At Any Federal Reserve Bank.? This phrase is known as the Gold clause. This phrase does not make 1928 Federal Reserve notes also Gold certificates. Gold certificates have a Gold colored seal and serial number.