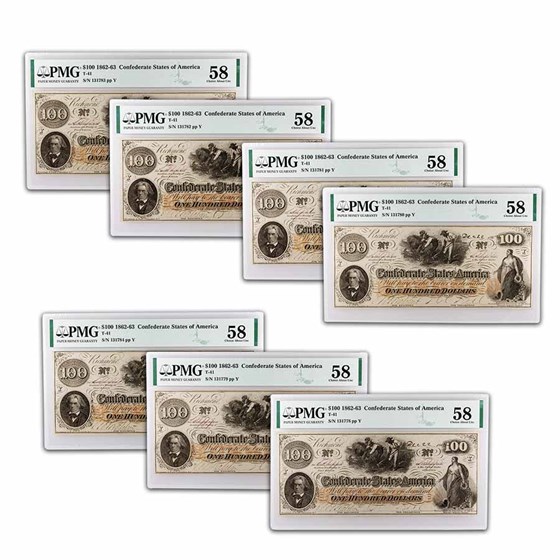 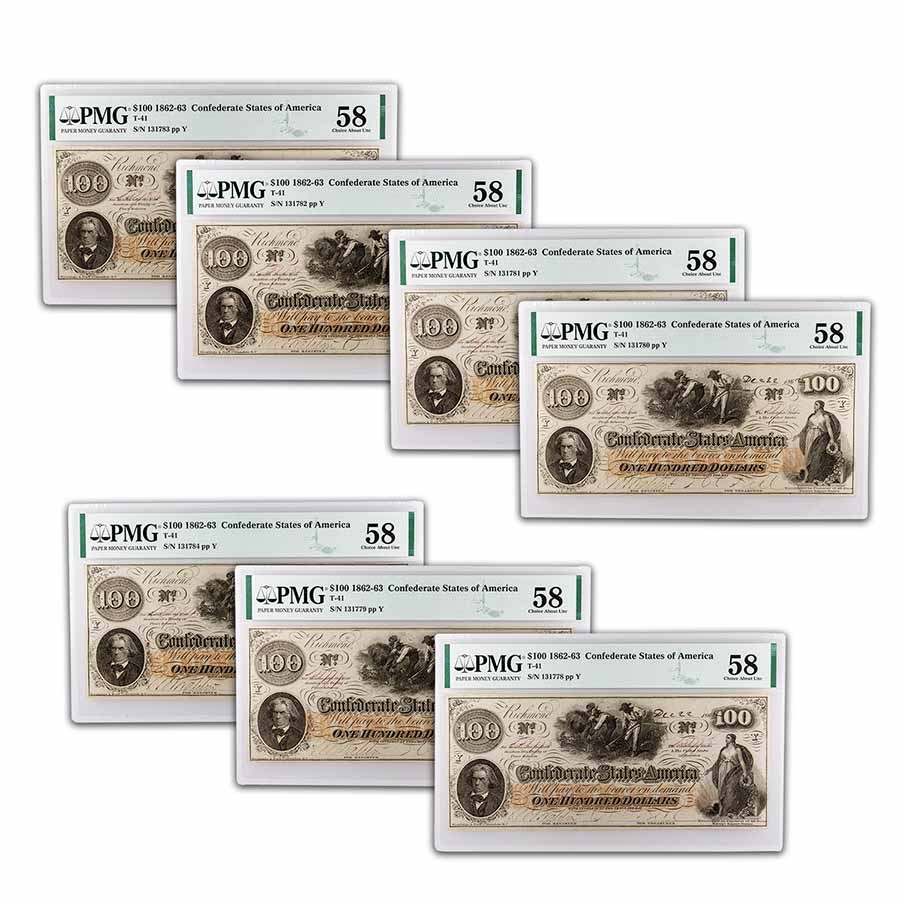 Product Details
Product Details
This 1862 $100 note depicts "Slaves Hoeing Cotton" as well as a portrait of John C. Calhoun on the left and an allegorical representation of Columbia on the right. Set of Eight Consecutively Serial Numbered Notes. Graded CH AU-58 by PMG.