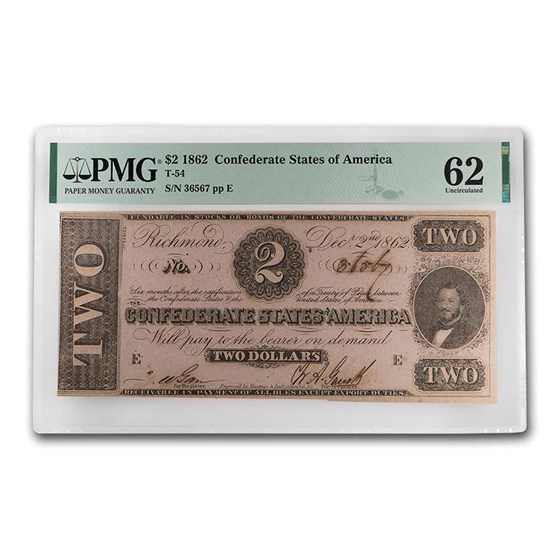 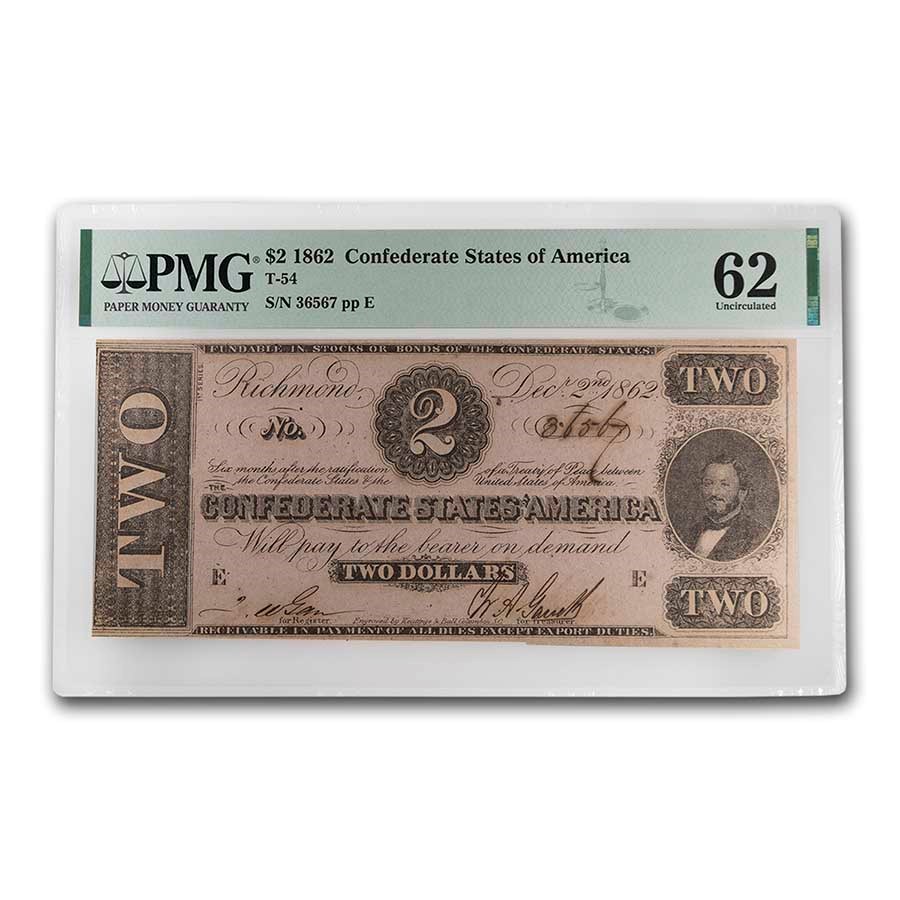 Product Details
Product Details
This Confederate deuce is from the 1862 issue, and has a nice portrait of Judah P. Benjamin in an oval on the right. This is listed as T-54 and is a popular issue. Graded Choice Uncirculated-62 by PMG.