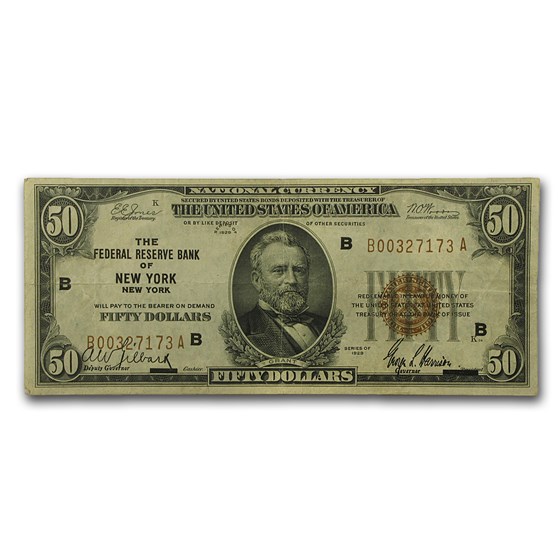 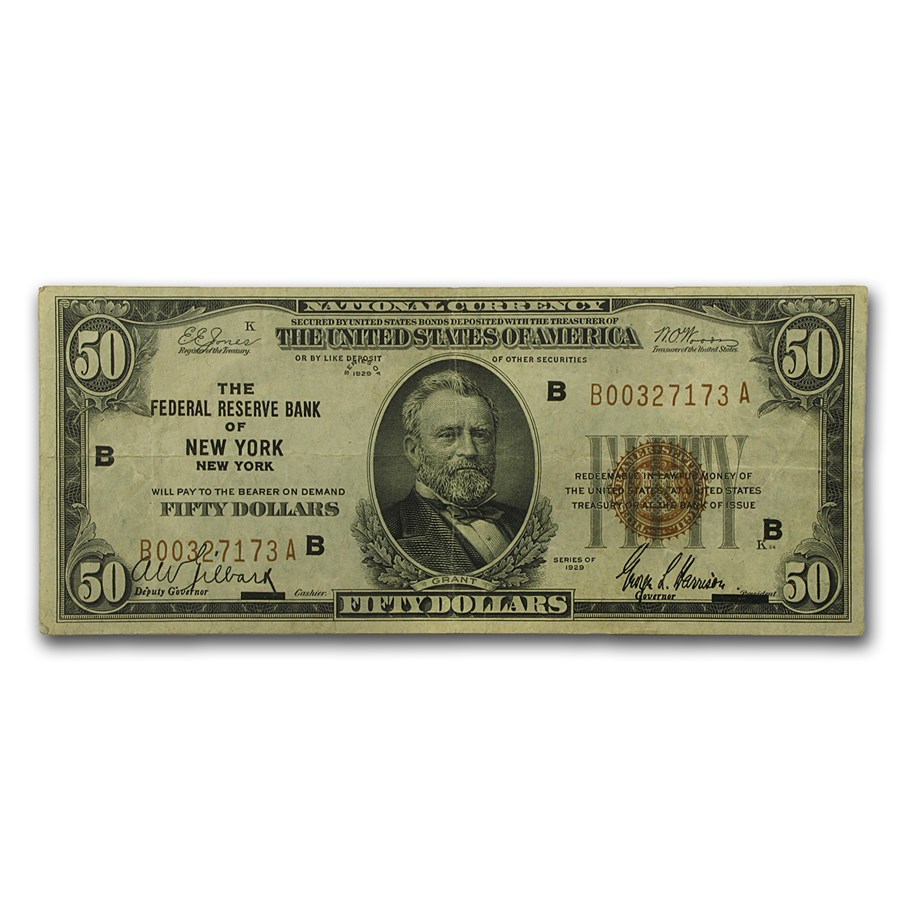 Currency Highlights:
Small size Federal Reserve Bank Notes, in denominations of $5 through $100, were printed as an emergency issue in 1933 using the same paper stock as National Bank Notes. Add this great collector’s item to your cart today!