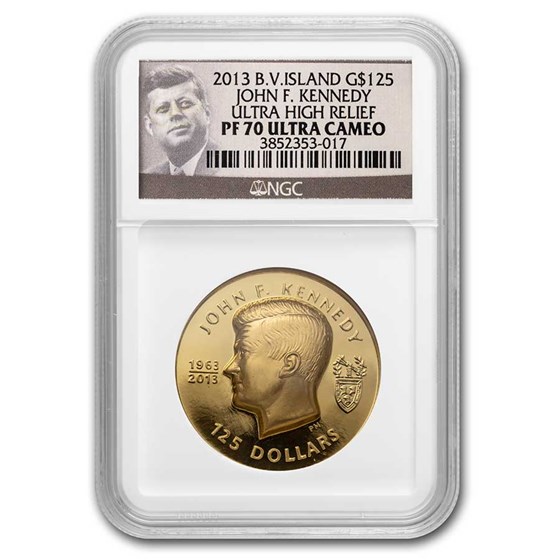 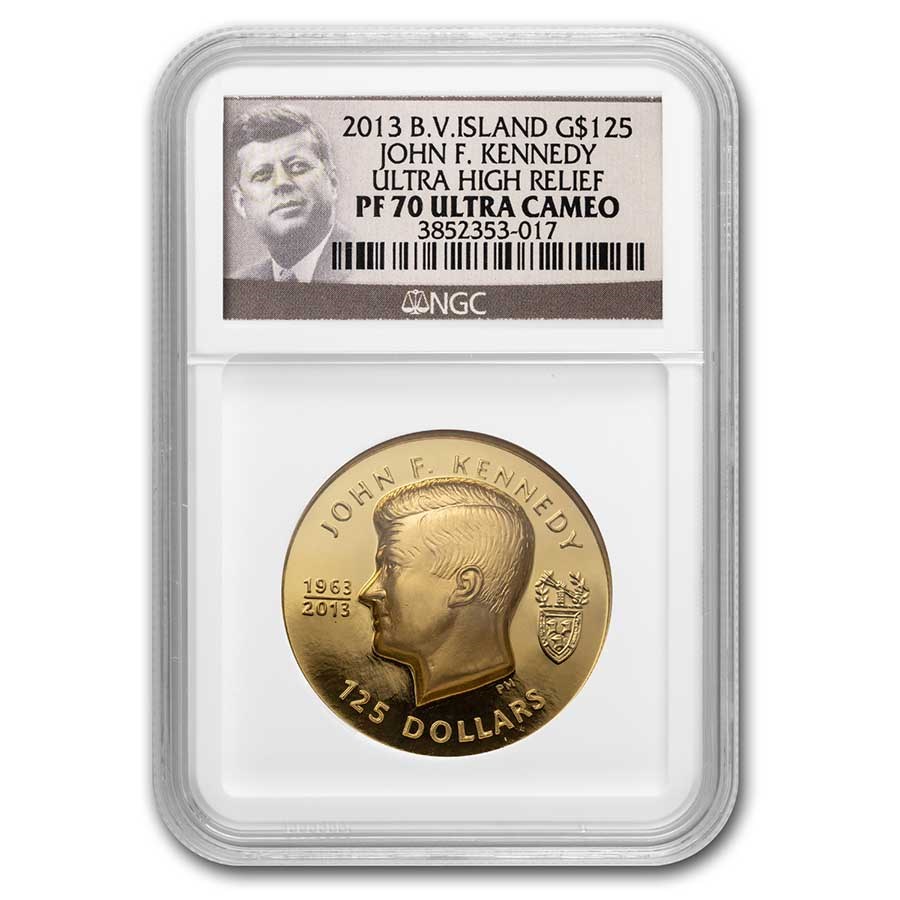 Product Details
Product Details
This Ultra High Relief coin, with an amazing relief of 3 mm, has been issued by Pobjoy Mint on behalf of the British Virgin Islands to commemorate the tragic passing of President John F. Kennedy in 1963.

Coin Highlights:
Protect and display your John F. Kennedy Ultra High Relief coin in style by adding an attractive display or gift box to your order.

This gorgeous graded Gold coin is a must for any numismatic or bullion collector. Add this beautiful 1 oz Gold coin to your cart today!

John Fitzgerald “Jack” Kennedy, who is often referred to by his initials JFK was the 35th President of the United States of America, who served from January 1961 until his untimely passing in 1963.

To commemorate the 50th anniversary of this tragic event and also the anniversary of The President’s visit to his ancestral homeland of Ireland, this coin has been produced with John F. Kennedy’s portrait in stunning Ultra High Relief, achieving a relief of 3 mm. During this visit, his speech referred to Irishmen who fought in the American War of Independence and he championed the important place for small nations in the pursuit of world peace. The coin also features a Coat of Arms which was presented to the President at the White House on St Patrick’s Day in 1961 by T.J. Kiernan, then Ambassador of the Republic of Ireland on behalf of the Irish government. This was an unprecedented event as never before had a foreign sovereign nation made such a grant to an American President.