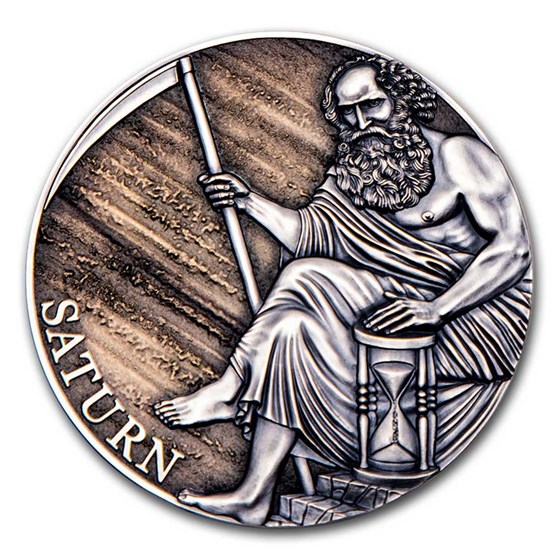 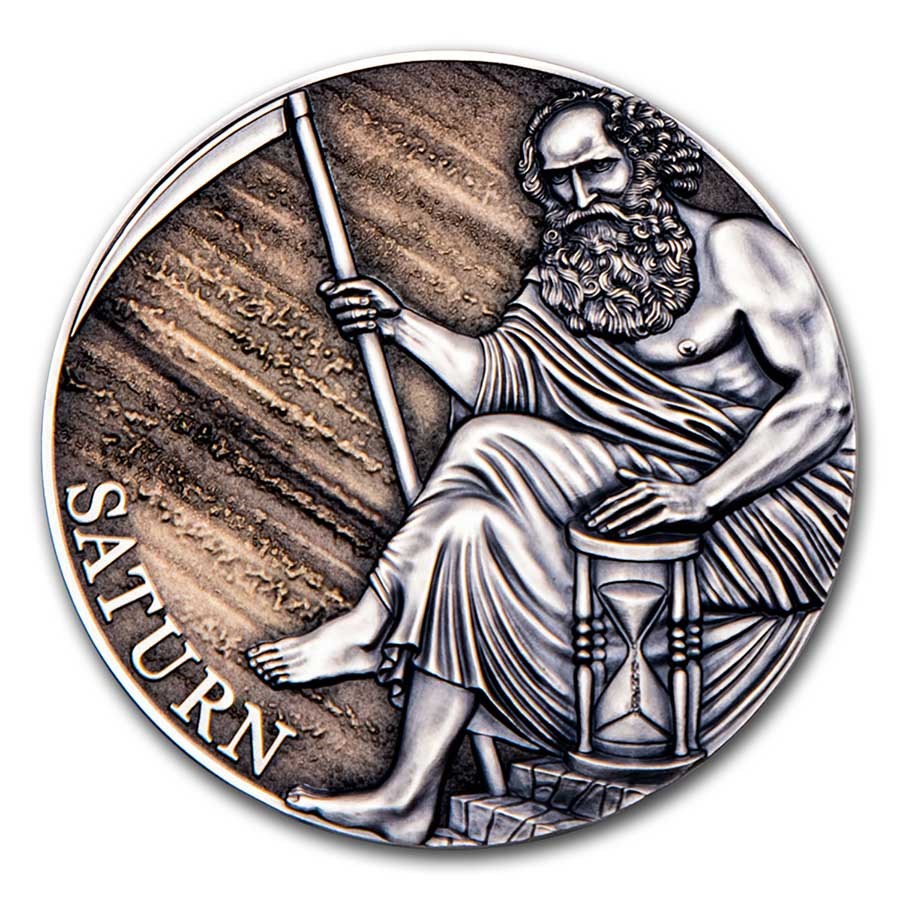 Don't miss out on another great coin from this popular series. Add this Silver Saturn coin to your cart today!

Since ancient times Saturn was known to humanity because of its brightness and closeness to Earth. It is the sixth planet from the sun, which has the largest planetary rings in the Solar System. Saturn bears its name in honor of the Roman god of wealth, agriculture and time, who is the equivalent of the Greek god of time, Cronos. Because of the planet’s slow orbit around the sun, it was associated with time, and due to its golden-like glow, it was also associated with wealth.