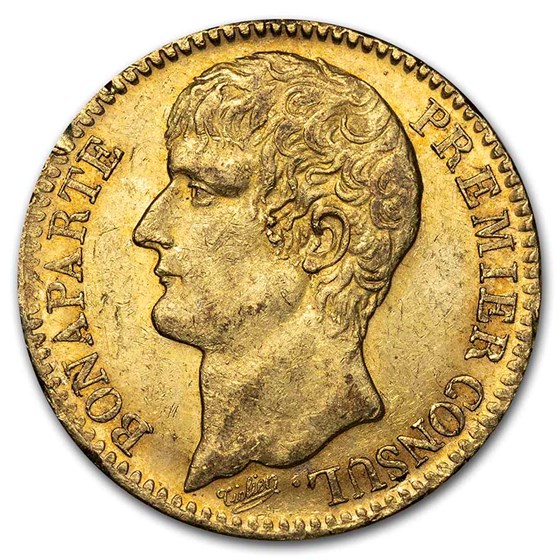 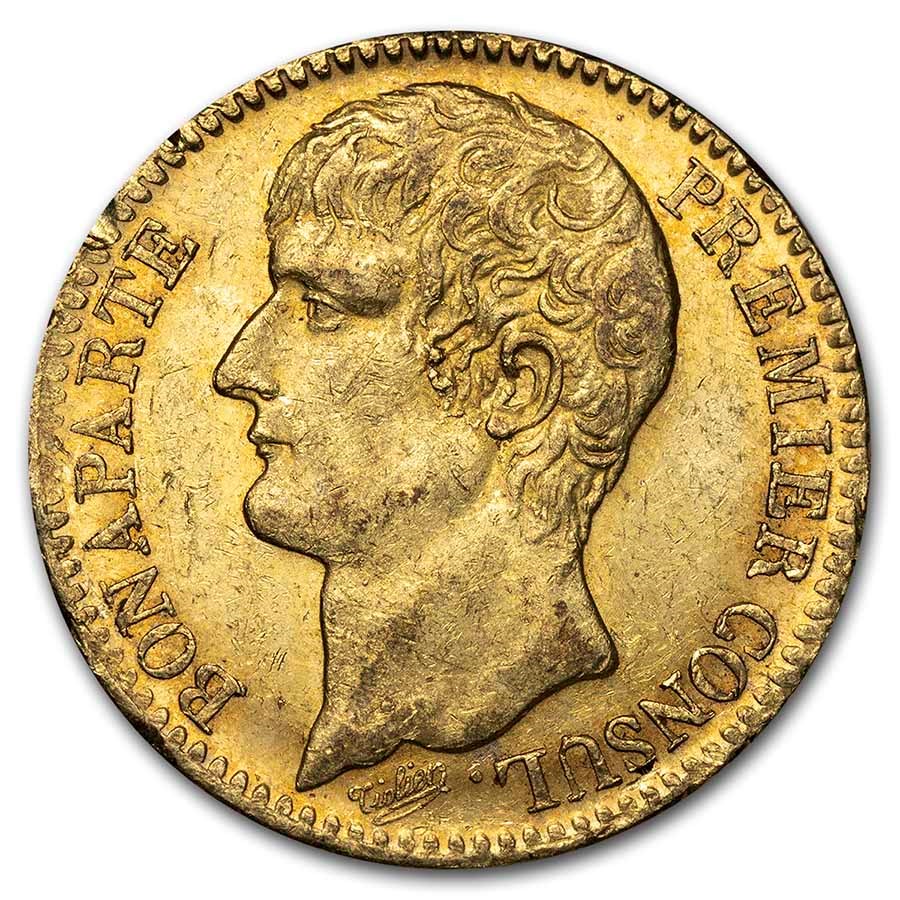 Your purchase will match the quality of the product shown.
Product Details
Product Details
The bare head of Napoleon as Consul appears on the obverse of this scarce issue of the Paris Mint. This is rarely encountered type from the era of Napoleon Bonaparte when he served as First Consul from 1799-1804.

Coin Highlights:
Protect and display your coin in style by adding a nice presentation box recommended for this coin.

Containing 0.3734 of an ounce of Gold and featuring a historic design, these early 19th century French 40 Francs were struck in limited quantities and are very popular with world Gold coin collectors. Add one of these elusive 19th century French Gold 40 Franc coins to your cart today!

France experienced a revolutionary calendar during this era, whereby the dates were figured from 1792. So the year struck on this coin (AN XI) would correspond to 1802. Listed in Krause as KM#652.