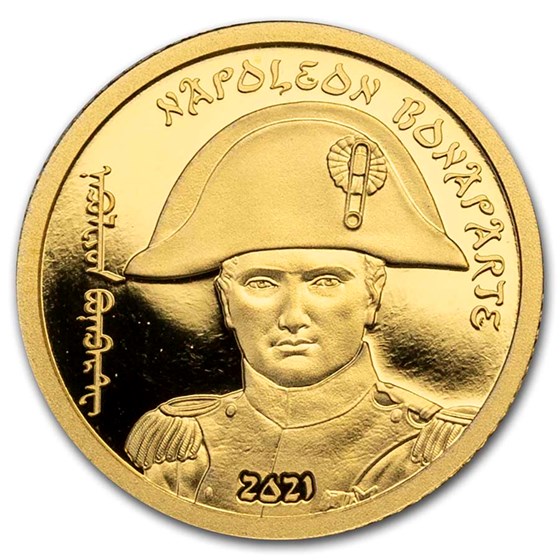 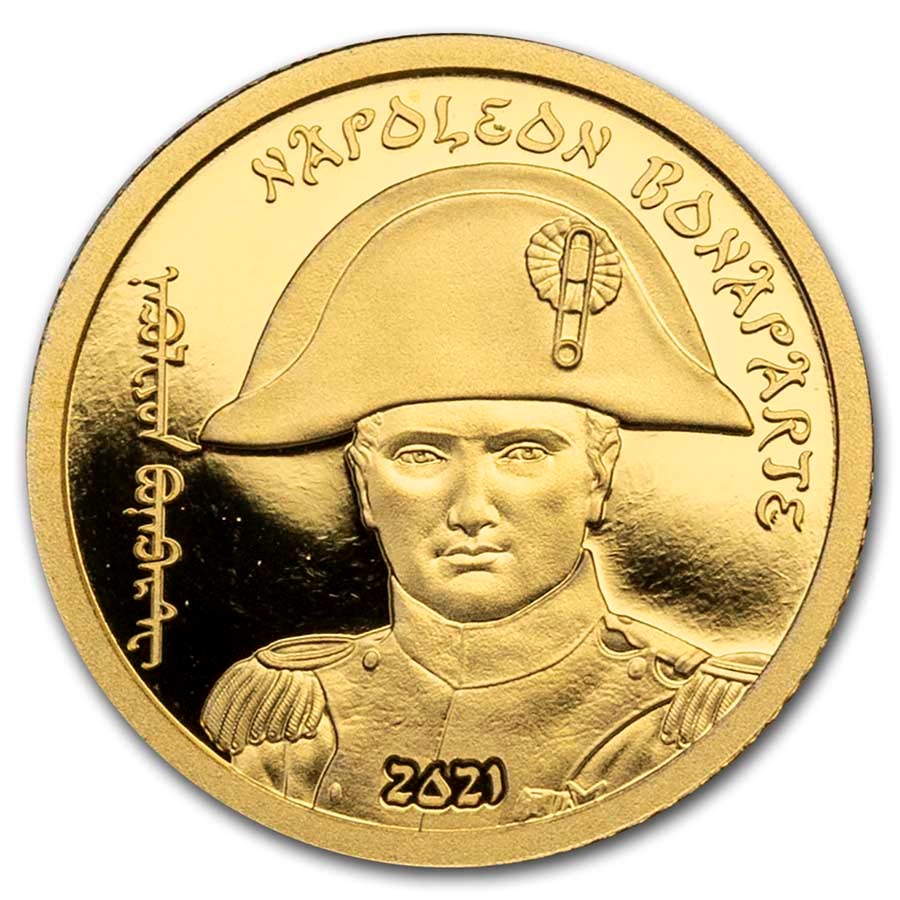 Your purchase will match the quality of the product shown.
Product Details
Product Details
The design of this coin pays tribute to the 200th anniversary of Napoleon Bonaparte's passing. A limited mintage of only 5,000.

Coin Highlights:
Protect your Gold coin in style by adding a pack of cotton gloves to your order.

A coin that pays tribute to one of the most influential men in history. Add this 2021 Mongolia 1/2 gram Gold Napoleon Bonaparte coin to your cart today!

Napoleon Bonaparte
Napoleon Bonaparte, also known as Emperor Napoleon I, was a military and political leader of France. He is remembered for revolutionizing military organization and training, sponsoring the Napoleonic Code, reorganizing education, and establishing a long-lived concordat with the papacy. Napoleon's reforms had a major impact on the institutions of France and much of western Europe.

A good companion to other Bonaparte coins

Not a bad coin to have. However when compared to the St. Helena coin of the same size and subject, this fall a bit short. That said this coin is not a bad investment for your collection. the lettering is Very unique which give it a step up among other coins of the same subject. My suggestion is get the 1oz silver coin to better see the subject. I still give it a 5 out of 5 for its uniqueness.