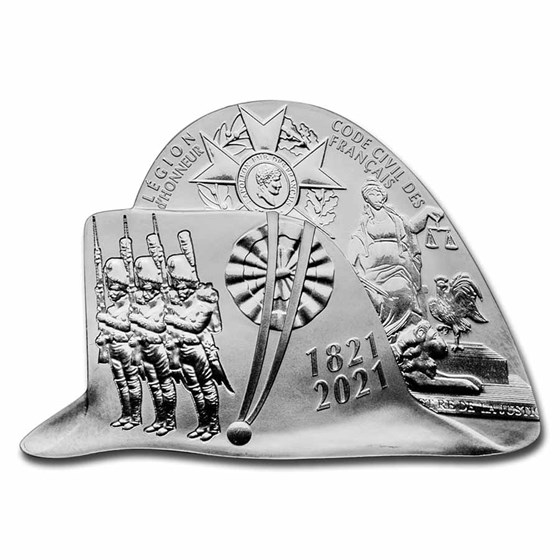 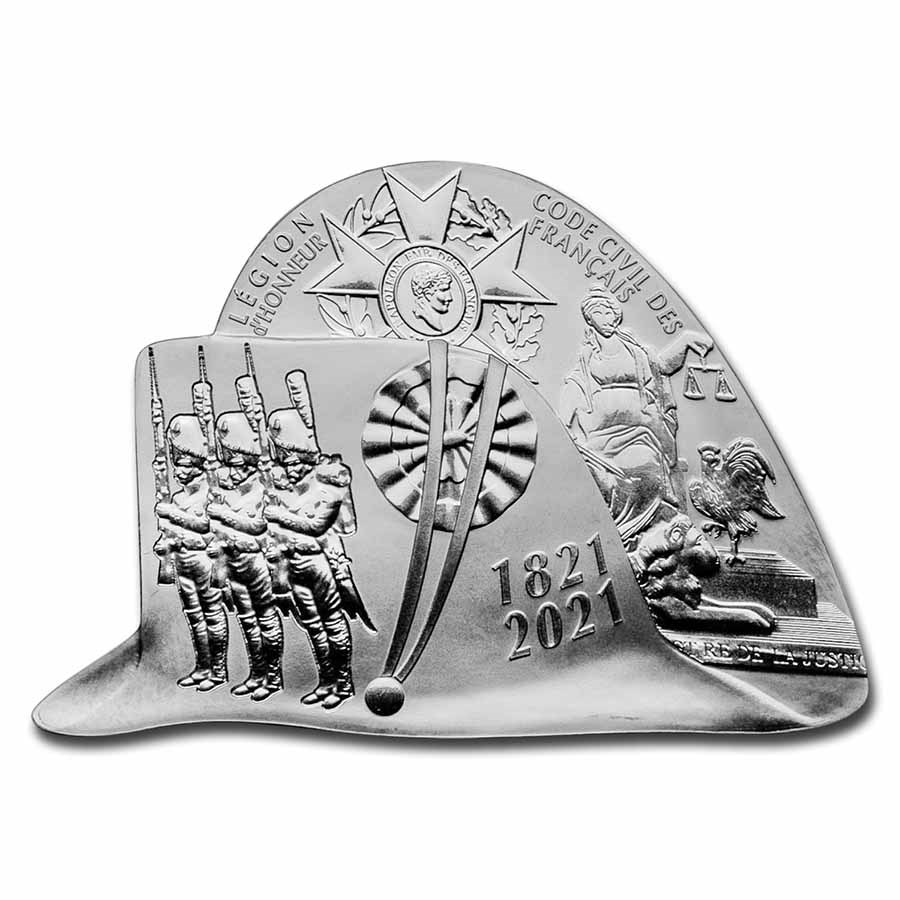 Your purchase will match the quality of the product shown.
Product Details
Product Details
To mark the bicentenary of Napoléon's passing, Monnaie de Paris has released a diverse collection of coins to pay tribute. This Silver Proof coin has the unique shape of Napoléon's famous bicorn hat.

This commemorative coin features an extremely limited mintage and is formed in the unique shape of Napoléon's famous hat. Add this 2021 Silver €10 Bicentenary of Napoléon's Passing to your cart today!