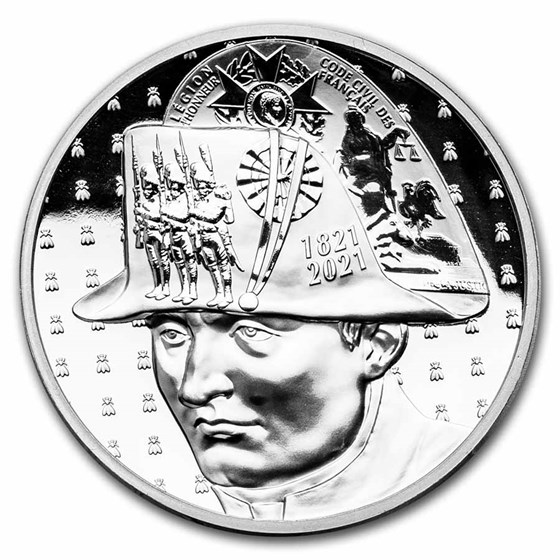 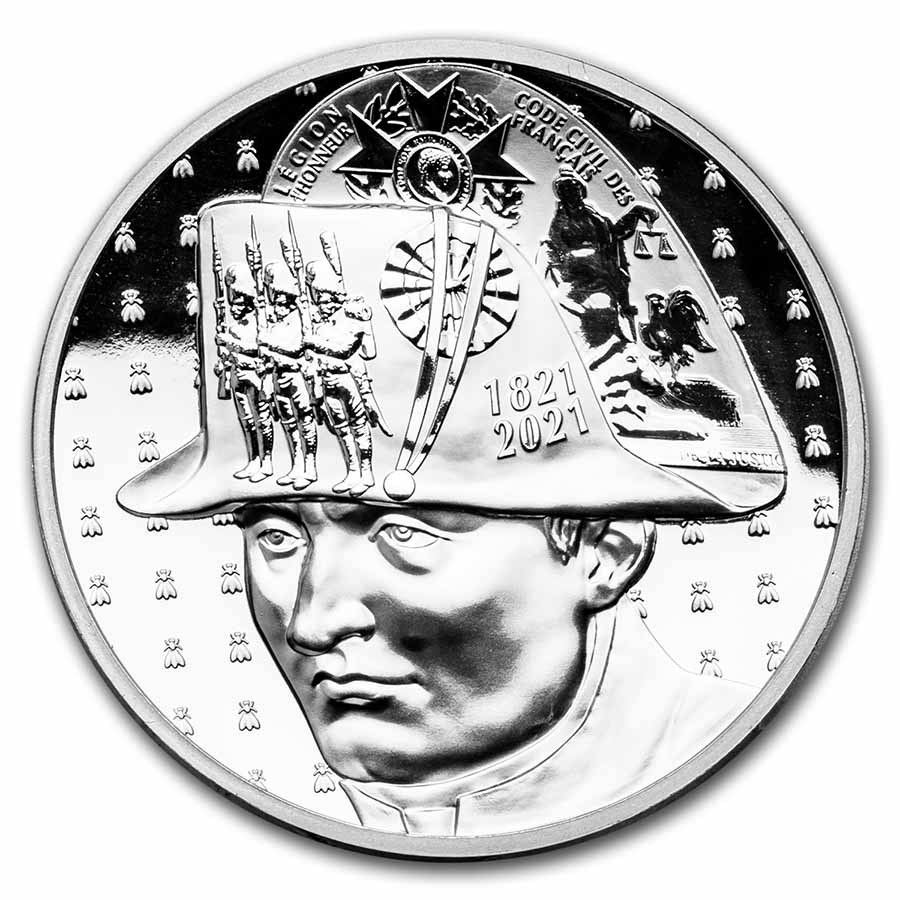 Product Details
Product Details
To mark the bicentenary of Napoléon's passing, Monnaie de Paris has released a variety of coins to pay tribute. This Silver Proof is struck in a beautiful high relief finish.

This commemorative coin features a limited mintage and a high relief finish. Add this 2021 Silver €20 Bicentenary of Napoléon's Passing to your cart today!

The Year of Napoléon
As an important figure in France's history, 2021 is being celebrated as Napoléon's Year. To mark this anniversary, Monnaie de Paris is not only releasing a variety of coins, but is also organizing an exhibition in their museum in partnership with the Napoléon Foundation

Monnaie de Paris
Founded in 864, Monnaie de Paris France's longest standing institution and the oldest enterprise in the world. Today, they strike circulation coins for France, as well as unique Gold & Silver commemorative coin programs, which are each intricately designed works of art. The Mint is also home to a museum which hosts exhibitions, tours, and workshops as well as the Guy Savoy Restaurant