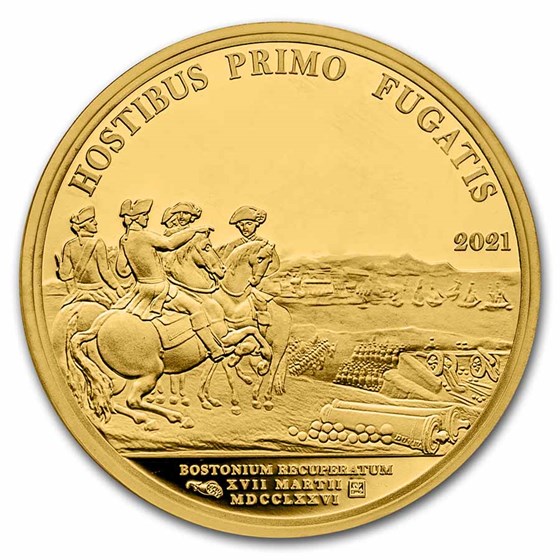 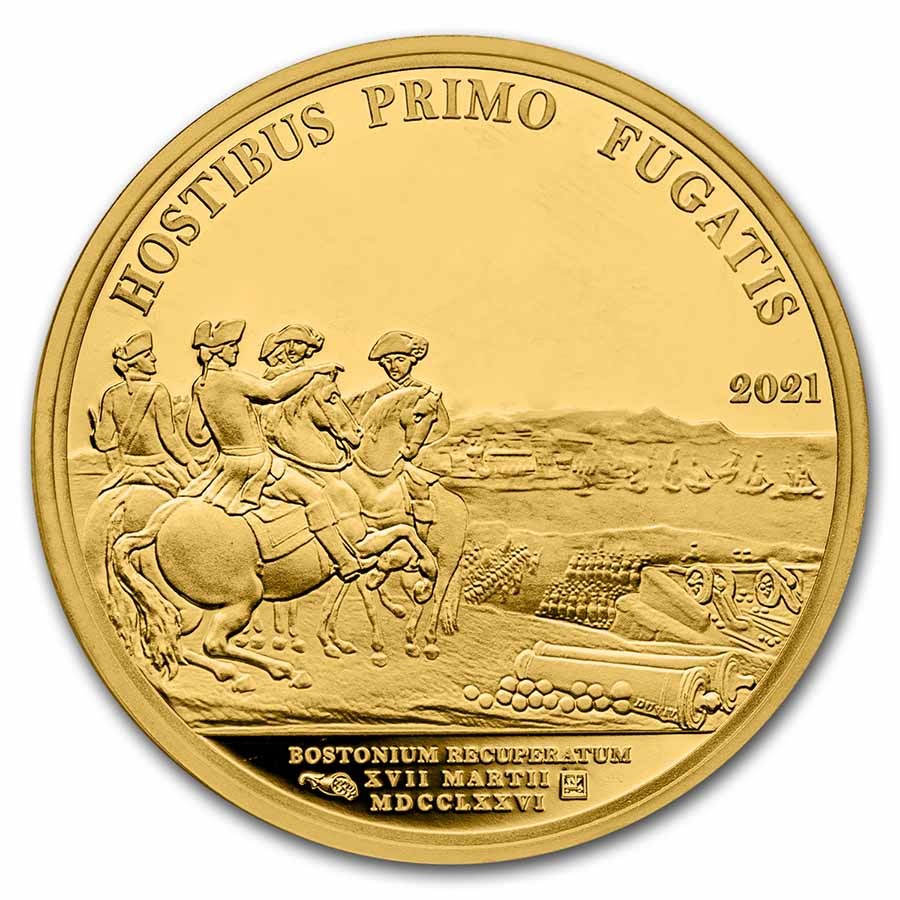 Product Details
Product Details
Beginning in 2020, Monnaie de Paris has retraced the history of American Independence through a series of collector coins. This addition is to represent the arrival of Washington in Boston.

This beautiful Gold coin would be a great addition to any collection or an ideal gift for anyone who loves American History. Add this 2021 Gold €50 Great Dates of Humanity Washington Before Boston coin to your cart today!

The history of American Independency began when the American War of Independence broke out in 1775, when disagreements between American colonists and the British government arose. At that time, an American army was formed and lead by George Washington. The siege of Boston was the first phase of the war of independence, where New England surrounded the city of Boston to prohibit movement of the British troops. After months of siege, George Washington and the American colonists forced the British to withdraw by sea.

The Declaration of Independence of the United States was voted by American colonists and issued on July 4, 1776, which outlined the colonists' motivations for seeking independence.