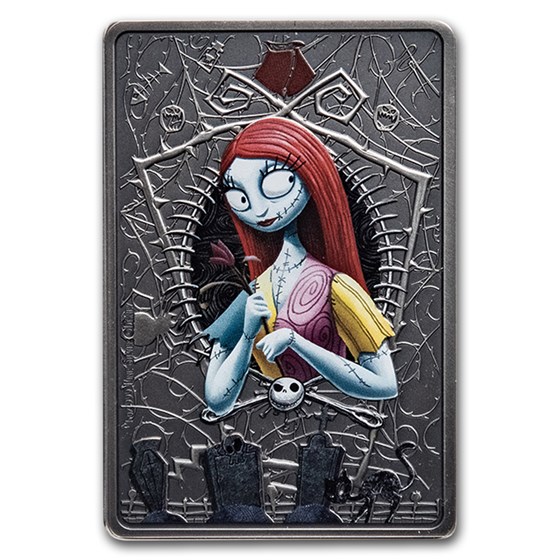 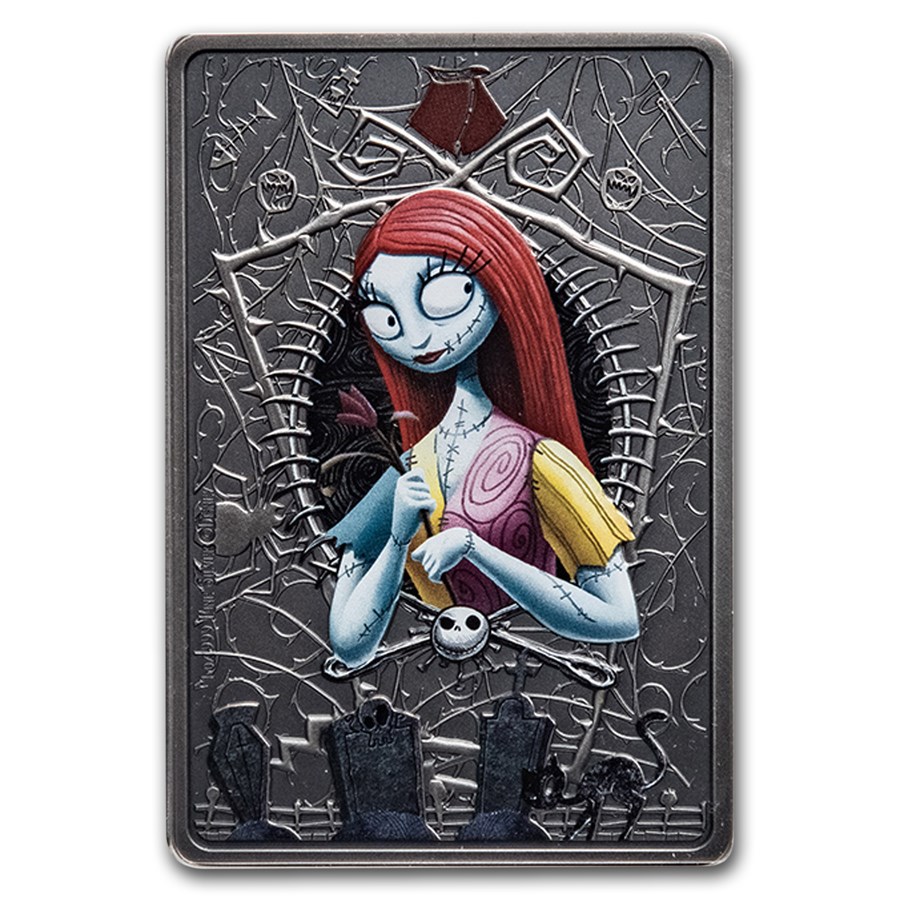 Product Details
Product Details
Another coin of 2021 to commemorate Tim Burton's Disney Classic "The Nightmare Before Christmas." This coin features Jack Skellington's admirer, Sally in portrait surrounded by Halloween themes. Add her to your collection today.

Coin Highlights: This Silver coin is the perfect gift for any Disney or Halloween fan! Purchase the 2021 Niue 1 oz Silver $2 The Nightmare Before Christmas: Sally coin today!

Tim Burton's The Nightmare Before Christmas
Disney's The Nightmare before Christmas, created by Tim Burton was released on October 13, 1993 and has since become a classic animated film. The Pumpkin King of Halloween Town, Jack Skellington stumbles into Christmas Town while being bored of Halloween. Jack creates a nightmare for the town, while trying to spread Halloween gifts. Sally, a ragdoll secretly in love with Jack, tries to stop him. Jack saves Santa and Sally, and Christmas is restored. Jack realizes his love for Sally, which they declare to each other in the graveyard.