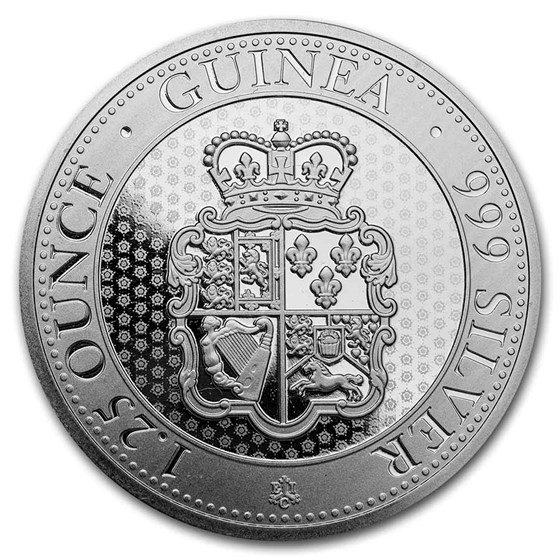 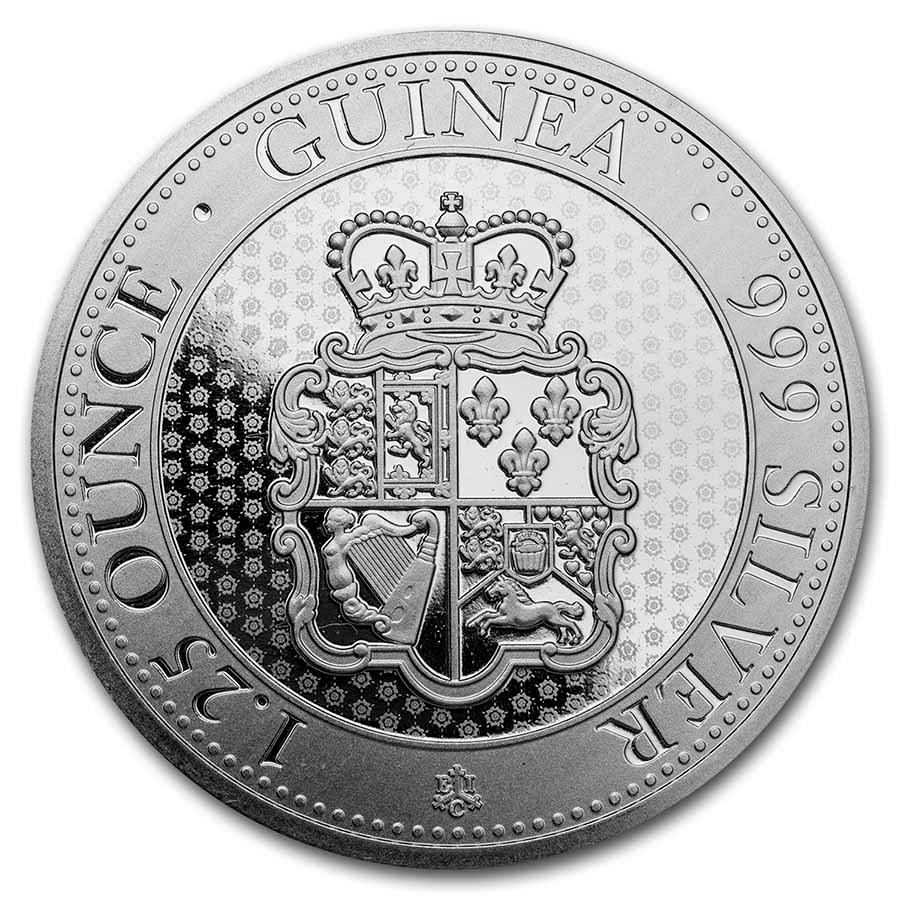 Product Details
Product Details
As low as $5.03 per coin over spot
This continues the Spade Guinea Shield design in 1.25 ounce of .999 fine Silver with a traditional East India Company pattern in the field. The coin celebrates one of the world's most respected Gold coinages symbolizing trust and reliability.

With historical significance and a beautiful design, this bullion coin is a perfect way to carry on the reputation and trust of the Guinea. Add this 1.25 oz Silver Spade Guinea Shield coin to your cart today!