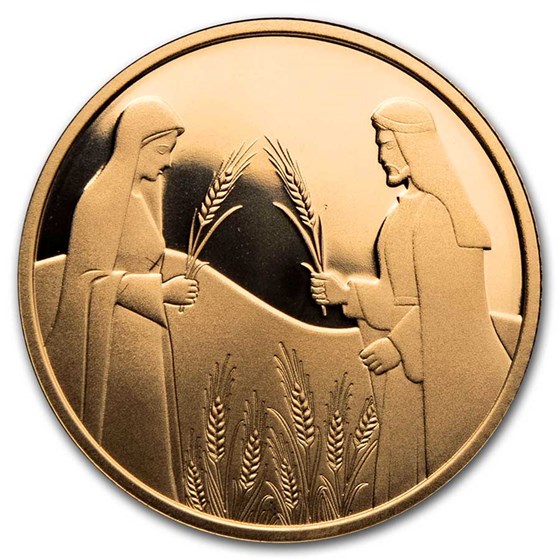 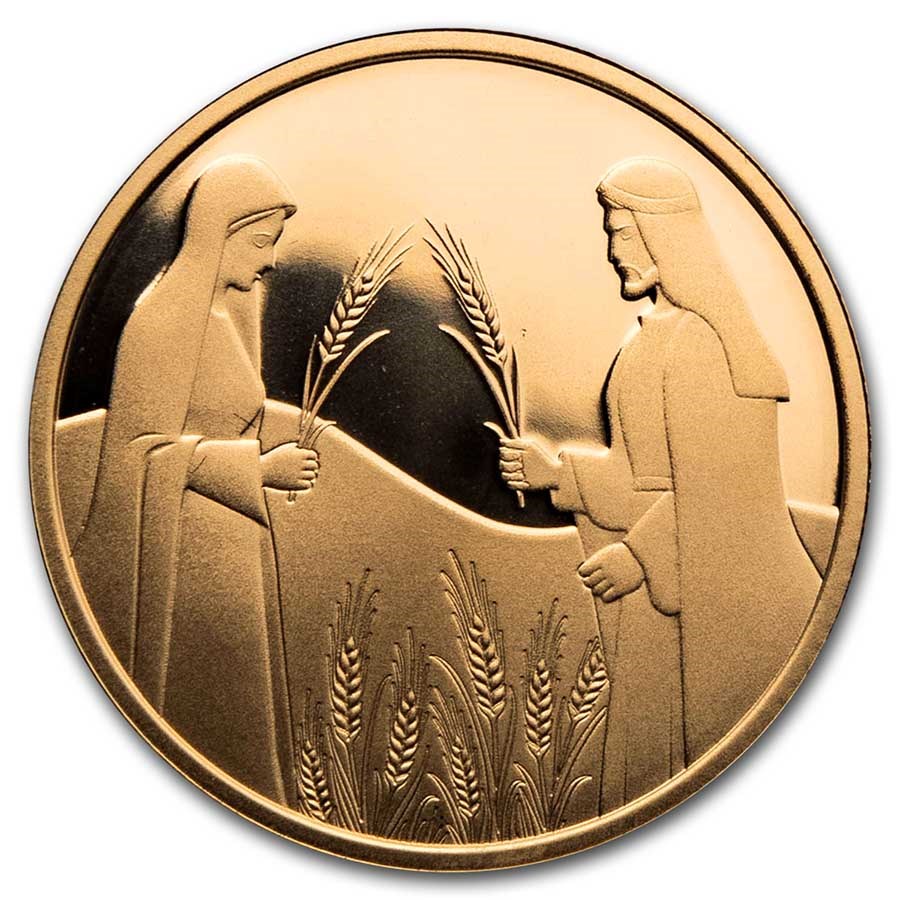 Your purchase is guaranteed to match the quality of the product shown. It will not be this exact item.
Product Details
Product Details
This 2020 Israel Proof Gold coin is part of the Biblical coin series of the Israel Coins & Medal Corp. and depicts a scene of Ruth in Boaz's grain field.

Ruth's biblical story is filled with tragedy and romance but is ultimately one of loving kindness, loyalty, and love. While Bethlehem was in famine, Naomi and her family moved to Moab to escape the hardships. There, her sons married Moabite women. While in Moab, Naomi's husband died and also her sons, leaving behind Ruth and Orpah as her daughters-in-law. Ruth and Orpah stayed with Naomi until she returned to Bethlehem upon hearing the famine had ceased. Ruth insisted she would return with Naomi. When in Bethlehem again, Ruth would glean grain from Boaz's field as it was custom that the poor could gather the grain that fell to the ground. Boaz was highly respected in Bethlehem and a relative of Naomi and was impressed with Ruth's modesty and kindness. Boaz soon married Ruth as "kinsman redeemer" and would usher in the dynasty that eventually led to the birth of King David, and according to Jewish tradition, would lead to the birth of the Messiah.